A father broke down when he was sentenced to life imprisonment for the murder of his baby son, saying he had not intended to cause harm. 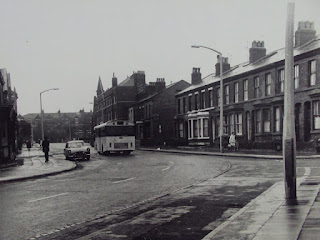 On 8th March 1965 John Riding, went to his parents home in Ganworth Road, Speke. He shocked them by saying that his seventeen month old son Anthony was missing from home at 131 Upper Warwick Street. They reported the matter to Speke police station, and then went to Toxteth to assist the police and neighbours in searching empty homes in the area.

At Essex Street police station, Riding's partner was questioned by police and said that he had hit Anthony the previous evening. This led to detectives confronting Riding and he told officers to take him to Naylor's Road in Netherley. There, Anthony's body was found wrapped in coalbags in a hedgerow.

A pathologist was called and postmortem conducted, which revealed that Anthony had died from a haemorrhage. There were also bruises all over the body. Riding, a twenty two year old butcher, was charged with murder and remanded in custody by the stipendiary magistrate the next morning.

When Riding appeared at Liverpool Crown Court at the end of May he was defended by Rose Heilbron. He admitted that he had hit his son as he had lost his temper, but insisted he did not intend to cause harm. He told the court 'I smacked him on the leg, I kept hitting him, I could not help myself. However Derek Hodgson, representing The Crown, said that postmortem results revealed forty one bruises on Anthony's body, in addition to those on the head.

In summing up, the judge told the jury 'You will have to consider the number of blows to the child's head. If you come to he conclusion that this man inflicted those injuries and that he knew what he was doing and that the inevitable result  that violence would be to a child of that age then it is murder.'

It took just fifteen minutes deliberation for the jury to find Riding guilty of murder and he sobbed in the dock as he heard the verdict. He was then sentenced to life imprisonment.