In 1934 the driver of a motorcycle combination who had his leg amputated after a crash which killed his cousin was charged with manslaughter. 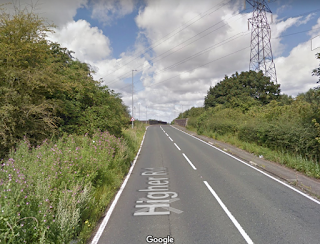 At 1030pm on 20th August that year Edward Fielding was driving the combination along Higher Road with his cousin Joseph riding pillion. Two passengers were in the sidecar. A head on collision occurred with a motor car near to the railway bridge. An ambulance was also sent for and all occupants of the combination were taken to Whiston Hospital. The driver and passenger of the motor vehicle were not injured.

At 2am Joseph succumbed to his injuries. Edward had his leg amputated, one sidecar passenger had a broken collar bone and the other suffered shock.

Edward remained in hospital for over a month and after being charged with manslaughter, appeared in court at Widnes on 14th November. The prosecutor said it was an unfortunate case, but one which the police had a duty to proceed with. Edward was described as driving recklessly on the wrong side of the road and there was no provision for more than one passenger in the sidecar. A witness who had seen the combination on Halebank Road told the court that all the occupants were shouting and singing.

The manslaughter charge was dismissed but Edward, a carter who lived in Claribel Street, Toxteth, was found guilty of dangerous driving. He was fined £5 and banned from driving for five years.
Posted by Steven Horton at 19:06 No comments:

Email ThisBlogThis!Share to TwitterShare to FacebookShare to Pinterest
Labels: 1934, Halewood


A man who gassed his mother to death but failed with his own suicide attempt was found guilty of murder but insane. 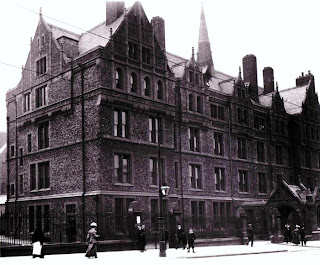 On 23rd April 1959 neighbours of 73 year old widow Rosina Moore became concerned for her welfare due to the curtains of her home in Gaerwen Street remaining closed as midday approached. Gaerwen Street was situated off Farnworth Street, on the site of what is now Butler Crescent.

After knocking at the door of her  and receiving no answer the window cleaner gained entry through an upstairs window, where he found Rosina dead in bed.

Downstairs, Rosina's 35 year old son Stanley was unconscious on the kitchen floor, near to a cooker which had the gas pipes turned on. He was taken to the Royal Infirmary where he was treated for coal gas inhalation, remaining there for six days.

On being discharged Stanley was arrested and charged with his mother's murder. He told detectives from Prescot Street CID who interview him "I was just browned off with having no work".

Stanley appeared at Liverpool Crown Court on 18th June. The prosecutor read out a letter addressed to the Coroner that Stanley admitted to having written. It said he was taking this course of action as he had fallen foul of an international political organisation of world power that controlled the British police and he could not fight alone any longer. With respect to his mother, he added that she would be better off dead as there would be nobody to care for her.

Medical officers from Rainhill Hospital and Walton Gaol both said that Stanley was suffering from insane illusions and unable to make a rational judgement. Without leaving their box, the jury returned a verdict of guilty but insane and Stanley was detained at Her Majesty's pleasure.

Posted by Steven Horton at 15:34 No comments:

Body in a Coal Bunker

The killer of a woman whose body was found in a coal bunker was sentenced to life imprisonment after the jury refused to accept he acted in self defence. 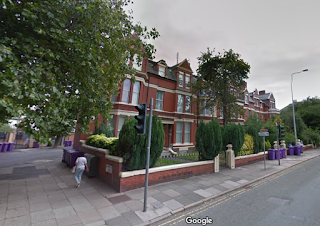 At lunchtime on Tuesday 21st April 1959 Irene Samuels, concerned for the welfare of her friend June Moorcroft, returned to her home at 12 Princes Avenue where she had a basement flat. There, she found the battered body of  20 year old June in a coal bunker to the rear of the property. The body of June, who lived at 17 Jermyn Street but regularly stayed with Irene, was badly bruised and there were also stab wounds.

CID officers from Essex Street and Lark Lane police stations were summonsed and attention immediately focused on Edward Butts who had cohabited with Irene until two months previously.  Enquiries soon established that he had taken some blood stained clothing to a dry cleaners in Birkenhead. Butts' orginally from Guyana, was arrested at 4.15pm when he returned to  63a Garmoyle Road in Wavertree where he occasionally lodged.

June was originally from Cambridge and had separated from her husband Ivan a few months previously.  He was finally contacted at 1130pm in Peterborough, where he worked as a booking agent for a circus, and travelled through the night to get to Liverpool where he attended the police headquarters to arrange formal identification of the body.

After being charged with murder at 550am on 22nd April, Butts appeared at the magistrates' court in Dale Street where he was remanded in custody. The prosecutor Mr F. V. Renshaw told the court that Irene had become concerned after noticing blood stained bedding in a laundry basket and that the key to the coal bunker was missing. Initially she believed June could be responsible for the bedding, but she decided to return home after speaking to a neighbour who told her Butts was seen leaving her flat the previous evening with a heavy holdall.

The trial took place at St George's Hall and began on 20th June, lasting for three days. The jury heard how Butts had blood belonging to June's blood type on his trousers that he put in the dry cleaners. The trousers also contained June's hair.  Butts claimed that he had gone to Birkenhead on the Tuesday morning to visit his brother and sister in law, but neither backed up his alibi. A surgeon also described how he had a facial injury which could have been caused by somebody fighting off an attack.

In his defence, Butts claimed that June had come at him with a knife after he called her a prostitute, and she had been accidentally stabbed as he fought her off, having initially beaten her back with an iron tube.  However this version of events, as well as an offer of pleading guilty to manslaughter, was rejected. After being found guilty of murder,  Butts was sentenced to life imprisonment.

Posted by Steven Horton at 14:24 No comments:

A mother who battered her son to death with a hammer in a flat in Sefton Park was declared insane. 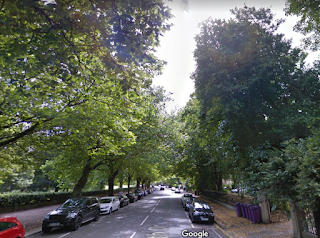 On the afternoon of 2nd October 1947 at a flat in 20 Aigburth Drive, Sefton Park, Isabella Warden battered her 16 month old son Derek to death with a hammer. She then went to Lark Lane police station and said to the desk sergeant "I have done something terrible, I have killed my baby." Officers went to the address and broke in, where they found Derek's body in a cot, with a hammer next to it.

A suicide note was also found in the property, written by Isabella and addressed to her husband Oliver which said  "I am sorry for doing this terrible thing but I can't face life any longer, and this has been in my mind for weeks and I can't get rid of it. You don't deserve such treatment, but life never deserved the kind of life I have given you for the past year. I can't think straight, and everything is on top of me, and I can't bear to see you looking so miserable when you think you have failed to make me happy. Oh, why did you ever meet me, and why was I ever born."

As Isabella said she had taken 400 aspirin tablets, she was rushed to Smithdown Road hospital where she begged doctors to let her die. Officers had the terrible task of calling Oliver at the tailor shop he managed, telling him to return home immediately, where he had to confirm the dead child's identity and receive the news his wife was in hospital.

A postmortem revealed that Derek had been in good health but died of multiple fractures to the skull and laceration of the brain.

When Isabella was fit to be discharged from hospital, she was charged with murder and first appeared at Liverpool Magistrate's Court on 13th October. She looked dazed and had to be supported by two court officials, then was allowed to sit down and take sips of water.

On 6th November at the Liverpool Assizes, Dr McCormack from Stranegways Prison in Manchester said that he was of the opinion that Isabella was incapable of understanding an indictment of murder and had no memory of the crime. She was then ordered by the judge to be detained at the King's pleasure.
Posted by Steven Horton at 20:02 No comments: