A prisoner who killed a fellow inmate with an iron bar at Walton gaol in 1948 was sentenced to death but reprieved by the Home Secretary.

On Saturday 17th April 1948, John Bretherton, a thirty nine year old prisoner in Walton gaol died of a fractured skull. He had been hit over the head that day with an iron bar by another prisoner Frank Bond, who was twenty years old and a lorry driver from Blackpool. 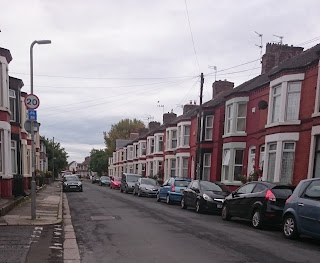 Bond was charged with the murder of Bretherton and for the committal hearing on 5th May, a special court was set up inside the prison with the press refused admittance. They were however allowed admittance to the assizes trial on 18th June.  Wearing a sports jacket and flannel trousers, Bond pleaded not guilty in a loud clear voice.

The prosecutor Mr Gorman stood up and told the jury to disregard the fact that Bond was in prison. He outlined the background to the killing, stating that on 16th April Bond believed 1 shilling and 6d, his payment for prison work had been stolen from his coat pocket by Bretherton. After Bretherton denied it, a prison officer intervened and split the pair for the rest of the day.

Mr Gorman then said that the following day Bretherton was working in an engineers workshop when Bond approached him from behind and hit him with an iron bar, which he was holding with both hands. On being charged with murder, Bond was said to have replied 'He had it coming to him.' Mr Gorman submitted that it had been a cold premediated act with the intention of killing or grievously injuring Bretherton, who lived in Briardale Road in the Liverpool suburb of Mossley Hill.

Prison officer Robert Beattie described Bond as quiet and inoffensive, and acknowledged that although Bretherton had never caused any problems, he did have something of an attitude. He also said that he had seen Bretherton give Bond cigarettes.

Giving evidence himself, Bond admitted hitting Bretherton, who he described as a bully and thief, with an iron bar but insisted he did not intend to kill him. However the admission of intentionally hitting his victim on the head with a weapon that weighed five pounds was enough for him to be found guilty of murder by the jury.

Bond was then sentenced to death by Mr Justice Byrne. His execution was just days away when the the Home Secretary James Chuter Ede intervened on 12th July and gave him a reprieve, the sentence being commuted to life imprisonment.

Posted by Steven Horton at 19:41 No comments: