In 1963 a couple who met whilst on holiday in the Lake District got romantically involved, but it ended tragically when the man's grandmother was strangled to death by the woman.

18 year old Christina Penrose met a 19 year old Liverpool male called David on a hiking holiday in July of that year and began a relationship, which was continued after Christina left Nottingham to move to Liverpool. Even though David's father sent Christina back to Nottingham and paid her train fare, she returned and the couple stayed with relatives wherever they could. Eventually Christina was able to lodge with David's 82 year old grandmother Alice Swain at 55 Peter Road in Walton, while David returned to his parents home in Maghull.

On 13th October neighbours were concerned for Mrs Swain's safety as she hadn't been seen for three days. After getting no reply David and his father broke into the property, where they found Christina unconscious with her head in the gas oven, which was switched on. His father, a doctor who had a practice in Norris Green, rendered first aid and they then searched the rest of the house, finding Alice's body huddled in the living room. Police were called and found letters that appeared to have been written by Christina, one of which said 'I have killed Nan.' A pathologist estimated that Alice had been dead for 24-48 hours and a post mortem revealed she had been strangled.

Christina was taken to Walton hospital and remained there for a week. She was arrested on discharge and charged with murder, appearing at the Magistrates Court on 21st October. Her solicitor Harry Livermore told the court that he had found it impossible to communicate with Christina and she didn't seem to understand the situation she was in. He went on to say he hoped she would be given very careful treatment at Strangeways Gaol in Manchester, to where she was remanded.

On 28th January 1964 Christina appeared at Liverpool Crown Court where the prosecution accepted her plea of guilty to manslaughter on he grounds of diminished responsibility. She was defended by leading QC Rose Heilbron, who called Dr Calder, the senior medical officer at Strangeways to explain that she had schizophrenia and now suffered memory loss as a result of the carbon monoxide poisoning. Mr Justice Stevenson then ordered her to be detained at Broadmoor under the Mental Health Act.

Posted by Steven Horton at 15:55 No comments:

The Random Killing of Lesley Hobbs

In 1962 a 12 year old girl was stabbed to death in Childwall in a random and motiveless killing, leading to a 15 year old boy being detained for life.

On Sunday 9th September 1962 Lesley Hobbs was left at home at 191 Childwall Valley Road looking after her three younger siblings whilst her parents went out. When they returned at 11.30pm they found Lesley's blood stained and battered body in the lounge, but upstairs the three younger children were asleep and had not been disturbed. 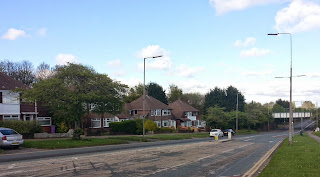 Door to door enquiries by police soon identified three possible suspects, one of whom was described in the following day's Liverpool Echo as 'youngish, tall, well built with fair hair wearing a dark tunic type jacket and tight fitting jeans'. This male had been seen crossing Childwall Valley Road by the nearby high school for girls an hour before the gruesome find.

Within 24 hours of the killing there were 500 detectives on the case, many of which had been drafted in from Bootle, Wallasey and other neighbouring forces. They were assisted by 30 dogs who roamed the railway embankment searching for the murder weapon.

Enquiries eventually led to the arrest of a 15 year old office clerk called Peter Rix, who lived in Craighurst Road. He was the son of a merchant seaman and had splashes of blood on his coat. He claimed that he had dreamt about killing a girl and enjoyed it, leading to him carrying out a random attack as 'girls got on his nerves.' After knocking at the property, he stabbed Lesley twice and then set about her with a poker then tied her hands behind her back. Rumours persisted in the area that Rix, a former pupil of the Holt School (now Childwall College) and Lesley may have been seeing one another, but they were never substantiated. 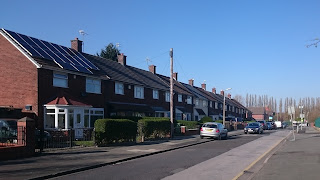 Rix was charged in December and his trial took place in February 1964. The Guardian reported that with his father away at sea for long periods his mother was unable to control his behaviour. Described by professionals as being unpopular at school and 'lacking in feeling for others, in shame and remorse' no motive was established for the crime. With a psychopathic disorder being diagnosed, he was found guilty of manslaughter on the grounds of diminished responsibility and sentenced to be detained for life.
Posted by Steven Horton at 20:19 7 comments: