Two rival Liverpool horse traders got into a fight at Chester station in 1871, leading to the death of one of them and a prison sentence for the other.

On the 2nd March Benjamin Dimmock of Prince Edwin Street in Everton attended the Wrexham horse fair with master carter Isaac Anwyll, from Mill Street in Toxteth. Also there were brothers George and Henry Cooper, with whom they had had previous quarrels, and their friends Henry Allcock and Francis Tomkinson. 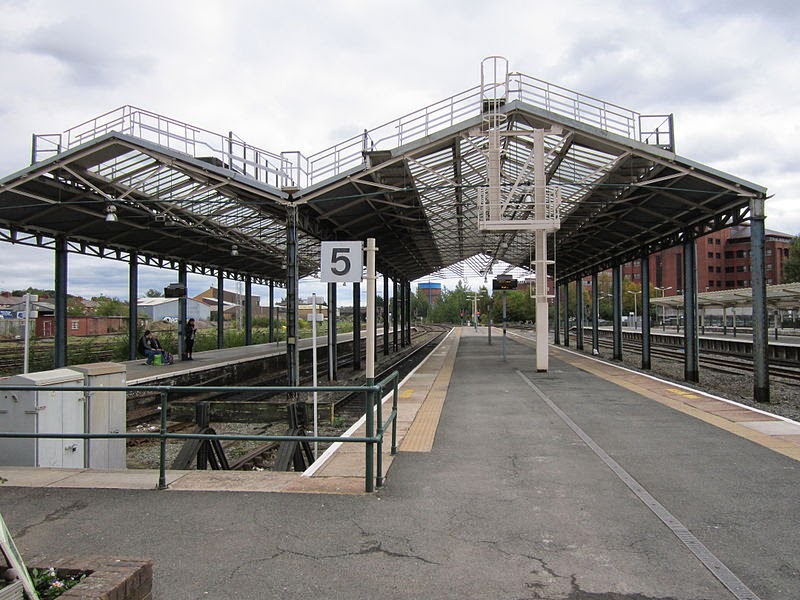 Nothing happened whilst there but when the men saw each other near the station George Cooper shouted that Dimmock was 'the thief that has got my £36.' A fight broke out between the two men, leaving Dimmock with a bruised nose. Cooper and his party then got on a train to Chester, taking a different carriage to Dimmock but on arrival there the arguing started again.

As the Coopers walked down the platform to join the connecting train to Birkenhead, Dimmock shouted insults from the carriage, leading to Herbert challenging him to come off the train. Dimmock did so and a fist fight occurred between him and George, but at some point George launched a hefty kick into the abdomen. The fight ended as the train was due to depart and all the men quickly boarded. During the journey from Chester to Birkenhead Dimmock vomited and complained of pains in his abdomen, leading to him taking a cab from the Liverpool landing stage to his home, where he went straight to bed.


With Dimmock making no improvement, Dr G S Taylor tended to him from 8th March, when he saw that he still had a black eye and bruising to the abdomen. The wounded man struggled on for 4 weeks but died on 4th April, a post mortem finding extensive peritonitis and inflammation of the bowels, caused by repeated kicks and punches to the abdomen, with the rest of the 48 year old's body being strong.

After the Coroner's Inquest returned a verdict of manslaughter George Cooper surrendered himself but was released on bail pending his trial at the Liverpool Assizes on 11th August, where he was found guilty. However despite strongly criticising Cooper for his cowardice, the judge sentenced him to just four months
imprisonment with hard labour.
Posted by Steven Horton at 23:14 No comments:

A tragedy occurred in Everton in 1871 when a loving father slit the throat of his young son in an act that was committed in a period of temporary insanity.

38 year old Frederick Crawley lived in Rendal Street, Everton, with his wife Betsy and 2 year old son William. Frederick was a loving husband and father, who worked as a driver for a laundry company and also taught in a Sunday School in Kilshaw Street.

His religious feelings though did cause him to have fits of melancholy and this eventually led to him tragically killing his child. On the morning of  22nd February 1871 Frederick got up as usual at around 7am and when he heard William calling him, brought him downstairs for some breakfast. He then cut the child's throat with a razor before shouting to Betsy. 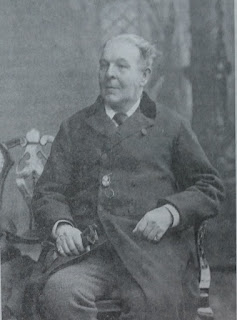 When Betsy got to the kitchen Frederick was sat motionless with William in his arms and he didn't move or speak when she asked what he had done. Her mother, who resided with them, ran to find a doctor but when he arrived William was pronounced dead. A police officer came to the house and took Frederick, who showed no resistance into custody.

The following day an inquest took place before the Coroner Clarke Aspinall. A verdict of wilful murder was returned and he was committed for trial at the following months assizes.

Whilst awaiting trial at Kirkdale gaol Frederick was examined by doctors and found to be a monomaniac (tendency to have temporary bouts of insanity) with homicidal tendencies. The medical evidence meant that his trial at the Liverpool Assizes on 22nd March was short. After being acquitted on the grounds of insanity the judge Baron Pollock detained him under Her Majesty's pleasure.
Posted by Steven Horton at 22:03 No comments:

A pre Christmas quarrel in Victorian Liverpool between a man and the woman he lodged with led to his death and her conviction for manslaughter.

John Farrell, a 23 year old sawyer, lived in Banastre Street (one of many streets cleared to make way for the Wallasey tunnel) with his 60 year old landlady Johanna Bell, both of them sleeping in the same room in separate beds.

On the evening of Friday 17th December 1869 the two people took supper together at about 9pm, but an argument broke out and Farrell punched Bell on the side of the head. She responded by picking up a kitchen knife and stabbing him in the neck and above the eye.

Farrell sought help outside and was taken to the Northern Hospital where he died in the early hours of Sunday, the principal artery in his neck having been severed. He had been able to give depositions to a magistrate though, claiming that he had been upset at a remark she had made about a girl he had been seeing and pushed her, leading to the stabbing.

At her trial, Bell claimed that she had been punched on the head after an argument broke out when he was unhappy some soap had been removed as he was behind with his rent. She admitted stabbing him but maintained it was purely due to the force of his punch, which she said gave her a black eye.

Bell was found guilty of manslaughter but with a recommendation for mercy. Mr Justice Willies took this, her age and the provocation into account when he sentenced Bell to just twelve months imprisonment.

Sectarian Killing With A Paving Slab

In 1869 a man smashed a paving slab over his teenage victim's head in what appeared to be a religiously motivated killing. 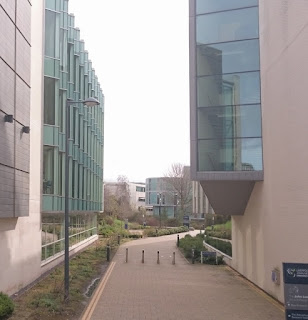 In the early hours of 2nd January, 42 year old labourer Thomas Monaghan started shouting out that he was looking for an Orangeman to fight with. 19 year old sailmaker John Gee, who lived with his parents in Duckinfield Street, said he was an Orangeman and punched Monaghan, before going back to his house saying he'd get a knife.

Monaghan chased Gee and on hearing the commotion a widow named Eliza Mather, who lodged in Gee's house, looked outside and saw Monaghan grabbing him by the throat and shouting 'I've got you now Orangeman, I will tear your liver out.'

With the help of his mother, Gee managed to get inside the house and Mrs Mather shut the door, before standing by the window and waving a knife. He then threw a saucepan at Monaghan and his stepfather tried to calm things down, shaking hands with the other man. However Monaghan, who was in a drunken rage, then threw a brick through the window, which didn't hit anybody. He then burst through the front door and told Gee he would take his life before hitting him over the head with a paving slab, knocking him unconscious and causing Gee's mother to faint.

Monaghan then left the house and paced up and down the street, shouting that if there were any more Orangemen about they should come to him, and he'd give them the same. Gee was taken to the Royal Hospital when daylight came and he was found to be suffering from a compound fracture of the forehead, from which he died on 12th January.

After initially only being arrested for an assault, Monaghan now found himself being tried for murder at the Liverpool Assizes on 29th March. His defence was that he had a fight with Gee, who fell over and injured his head, causing his eventual death. The jury though rejected this and found Monaghan guilty of manslaughter, telling Mr Justice Lush that they believed he had deliberately charged the door down to assault Gee with the slab. Monaghan was sentenced to ten years penal servitude.

Posted by Steven Horton at 23:16 No comments:

The New Year of 1869 saw a man killed his wife after she became pregnant by somebody else, but was shown surprising leniency by a jury that found him guilty of manslaughter.

Robert Garbett, a 30 year old pipe maker, had been married to his 21 year old wife for three years but some time in 1868 they separated. They lived on opposite sides of the same court in Gildart's Gardens, Vauxhall, where Robert resided with his mother and Elizabeth lodged with a Mrs Seagrave.

In the middle of December 1868 Elizabeth told Robert that she was heavily pregnant to another man, but he offered to forgive her if she returned to him. She did so for one night, but they again argued and Elizabeth went back to stay with Mrs Seagrave.

On New Years Eve Robert went out and got drunk before getting into a row with somebody else in the court at 2am. Mrs Seagrave went out to see what was going on and in what proved to be a fatal mistake, invited him into her home where Elizabeth was still up. In front of other guests, Robert confronted his wife about her lover and she said something back that upset him, leading to him punching her. He then took a knife out of his pocket and stabbed her several times in the face, arm and stomach as she lay on the floor.

Mrs Seagrave went out and found a policeman, who immediately arrested Robert. Elizabeth, whose bowels were protruding, was taken to hospital where she died about 20 hours later. She was very advanced with her pregnancy, with the baby due to be born at any time. 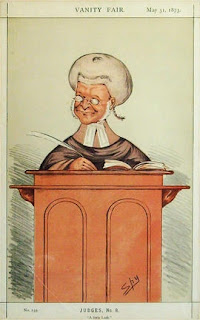 Robert was tried at the Liverpool Assizes on 29th March. Witnesses, including a neighbour and Mrs Seagrave's 11 year old son, described how they saw the couple arguing and Elizabeth hit back once after Robert's first punch, only for him to then take the knife out of his pocket. He was described as a hard working and industrious man who had never previously been known to ill treat his wife.

In summing up, the Mr Justice Lush referred to Elizabeth's 'irregular life' but pointed out the differences between murder and manslaughter, in that for a reduced verdict to be returned they had to be satisfied that there had been a sufficient level of provocation. He also said drunkenness could not be used as an excuse for the killing.

The jury deliberated for only fifteen minutes before finding Robert guilty of manslaughter, leading to Justice Lush telling him that they had been very lenient. Describing the killing as 'on the verge of murder' he said he would sentence accordingly and taking no account of Robert's remorse, ruled that he must endure penal servitude for life.
Posted by Steven Horton at 22:20 No comments: