When a man died after an altercation with his landlord in 1892, an inquest determined he had died from natural causes. This led to the coroner telling the man detained in connection with the death that he had a narrow escape. 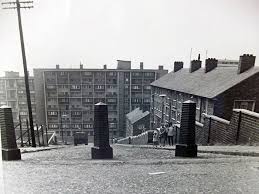 On Friday 5th February that year John Dalzell had tea at his lodgings in Fairy Street (off Netherfield Road North in Everton) then went out drinking. On his return his brother James made a joke that he didn't like, leading to the two fighting. John was getting the upper hand and their landlord John Glendenning intervened on James' side, leading to his wife Ann going out to find a policeman. The officer she found however said he could not intervene as the fight was taking place inside a house.

When Ann returned she saw John Dalzell lying on the kitchen floor and found that James and her husband had gone to bed. When she went back into the kitchen she realised that John was dead and went back out to find the policeman, who called in a doctor to confirm that life was extinct.

John Glendenning was taken into custody and at the inquest the following Monday evidence was heard from Ann and Dr Parry, who had carried out the postmortem. He confirmed that the only injury on the body was a black eye but that the stomach was distended from too much food and there was a problem with a heart valve. This led to a verdict being returned that excitement and drink had accelerated death and Glendenning was discharged. Before leaving however he was censured by the coroner, who said that he had had a very narrow escape.
Posted by Steven Horton at 23:06 No comments:

Email ThisBlogThis!Share to TwitterShare to FacebookShare to Pinterest
Labels: 1892, Everton, not guilty

A fourteen year old boy was killed in 1885 by a flying bottle that had been targeted at somebody else. 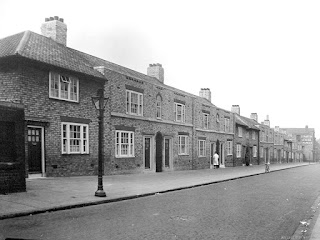 On 11th September 1885 Francis Beagan, a fourteen year old who lived with his widowed mother in Cockspur Street, was walking down Hopwood Street in Vauxhall. A woman ran passed him being chased by a man, who threw a bottle which missed her and hit Francis on the head.

Francis was taken to the Stanley Hospital where he died three days later. The man concerned was 33 year old labourer Thomas Cavanagh, who was initially charged with wounding but had this changed to manslaughter. At the Liverpool assizes on 20th November he was found guilty and sentenced to six months imprisonment.

Posted by Steven Horton at 00:39 No comments:

Email ThisBlogThis!Share to TwitterShare to FacebookShare to Pinterest
Labels: 1885, Vauxhall

A Man of Disgusting Habits

A man who battered his wife to death in Everton in 1889 was jailed for ten years, the judge telling him he was of 'disgusting habits'. 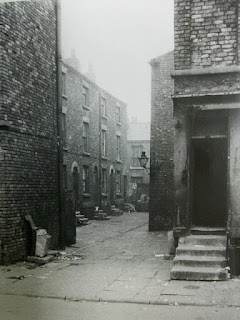 On the evening of Sunday 30th June John Hannay and his wife Martha indulged in some heavy drinking a their Robsart Street home. They then went out but Martha refused to return home when John demanded they did, leading to him kicking her about the head and body when she did make it back there. Even when she escaped and made it to bed, he dragged her out of it and repeated the onslaught.

Martha lingered on until the following Friday when she died. John, a 23 year old dock labourer, was charged with murder and stood trial before Mr Justice Stephen on 9th August. His defence was that he was so drunk he did not know what he was doing, and that they had generally been on good terms. It was also suggested that Martha had been fighting with somebody else earlier in the day and may have got her injuries that way.

John was found guilty of manslaughter and told by the judge that he had 'disgusting habits' before being sentenced to ten years imprisonment.

Posted by Steven Horton at 00:20 No comments: