A mother who drowned her son in 1960 was detained at Her Majesty's pleasure after a medical expert declared her unfit to plead. 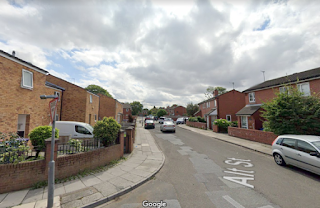 On the afternoon of 18th December 1959 Jessie Parkinson, a 34 year old divorcee who lived with her father in Alt Street, Toxteth, drowned her 21 month old son Henry by holding his head under water in the bath.

The poor child's body was then dressed in nightclothes and placed in a bed. The tragic scene was then discovered by Jessie's father when he returned home from work. He called an ambulance and when it arrived Jessie tried running away, but was caught by the driver. Henry was pronounced dead on arrival at the Royal Liverpool Hospital.

On being arrested, Jessie first told the police that a man had killed Henry and escaped down a grid. When she was told the grid cover had not been disturbed she then said "I held it under the water for a long time, I don't want it to suffer anymore. He is in his proper place, the cemetery".

At her committal hearing in January, a pathologist said that Henry had been well nourished. Jessie's sister and father said she was mentally balanced and had loved her son. Se was further remanded in custody pending a Crown Court trial.

On 9th February 1960 Jessie appeared at Liverpool Crown court where evidence as given by Dr Calder, Chief Medical Officer at Manchester's Strangeways gaol. He said that Jessie was unfit to plead and the judge ordered that she be detained at Her Majesty's pleasure.
Posted by Steven Horton at 21:49 No comments:

When a woman was found dead beneath a Liverpool office block one Christmas Day there was insufficient evidence to charge the only suspect in the case.

At around 830am on 25th December 1919 two messenger boys from the Union Telegraph Cable Company were running down Covent Garden when they came across a horrific find. The badly bruised and bloodied naked body of a female was huddled up in a recess overlooking the basement of the Oriel Chambers office block. 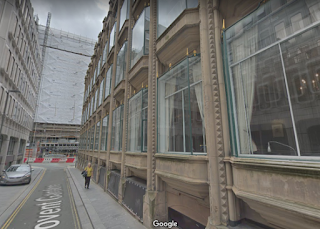 The boys found a policeman who on searching the immediate area located a pile of rain soaked clothing on the opposite side of the road. On examination it was found to be badly torn and was believed to belong to the woman. A purse with some coins was also discovered in the roadway.

Police enquiries established that the woman went by the names of both Elizabeth McDermott and Isabella Wilson. She was described as an 'Unfortunate' who was aged in her fifties and lived in a lodging house in Richmond Row. The keeper there had not seen her for 24 hours before she was found, but had not raised any alarm as she was often being taken into custody by the police.

On Saturday 27th December John Brien, a 23 year old seaman, was arrested on a steamer in the docks on suspicion of being implicated in the death. Magistrates granted a remand until the Monday so further enquiries could be conducted. Brien admitted leaving his ship on Christmas Eve and spending four hours with a friend and another female on Scotland Road. The female had then shown him to the Pier Head around midnight, and the next he knew he was being woken and arrested by the police.

An inquest was opened on 29th December. The lodging house keeper, Mary Maguire, said she knew the victim as Elizabeth Wilson and that she had recently spent time in the workhouse hospital with injuries to her arm after being run over by a tramcar.  A police officer said that the woman was originally from Greenock, had been in court many times and usually gave the name Elizabeth McDermott. It was not known if she had ever married but McDermott was her father's name and her mother was Wilson. The coroner adjourned the inquest pending further enquiries while over at the police court, a prosecution request for a further remand of eight days for Brien was agreed.

On 6th January 1920 Brien was again remanded for a week, appearing unmoved by the ongoing delay. His relaxed attitude was arguably vindicated the following week, when he was freed. At another hearing, the prosecutor said to the stipendiary magistrate "Although the circumstances under which the arrest was effected were distinctly suspicious there was not sufficient evidence to ask the bench to send the prisoner for trial at the assizes. I am now satisfied there is no evidence to place before the court".

On being told he could go free, Brien bowed his head to the bench and left the court. Nobody was ever convicted in relation to the death of whoever the female was that was found dead at Covent Garden on Christmas Day 1919.

Posted by Steven Horton at 22:32 No comments:

An open verdict as returned at an inquest in 1904 after the discovery of a newborn baby's body in Toxteth.

On Tuesday 6th September 1904 the charred remains of a baby girl were found in an entry behind Fernhill Street. The body was wrapped in a copy of the Liverpool Echo newspaper, dated 29th August.

Detective Inspector Holmes made extensive enquiries but could find no information about the identity of the mother or child. Dr Nathan Raw said that the body was black from extensive burning making the features unrecognisable. The left arm was detached from the shoulder and left leg almost severed.

Dr Raw also stated that the head had been severely battered, however he was unable to say whether the violence had taken place before or after death.

With there being no evidence as to the identity of the baby girl or whether she had been alive when the horrific injuries were sustained, the inquest jury had no option but to return an open verdict and the case was never solved.