A Fatal Quarrel Over change

When a row erupted in a Yate's Wine Lodge over some change, one man was left dead but following a trial, the other was acquitted.

On the afternoon of Thursday 15th October 1925 James Shevlin, a 42 year old engineer, was drinking in Yate's Wine Lodge in Great Charlotte Street. He paid for a drink with half a crown and when his change of a shilling and eleven pence was placed on the bar, it was quickly picked up by 29 year old hawker James Varley. 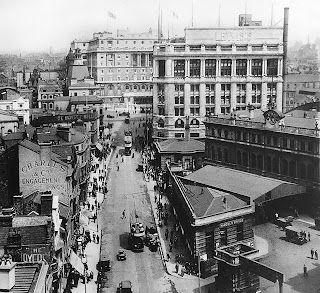 Shevlin demanded the money back and Varley gave it to him, saying they should meet up outside. Varley went out of the Great Charlotte Street exit but Shevlin, keen to avoid confrontation, left by the door that led to Deane Street. Sensing this, Varley went round to Deane Street and struck Shevlin, who didn't respond and ran off towards Ranelagh Street. Varley gave chase and struck Shevlin again opposite Lewis's, but this time Shevlin fought back. He was seen by an excited crowd to take something small and shiny out of his pocket and hold it out to Varley, who fell down bleeding.

Varley was rushed to the Royal Infirmary but died soon after admission. Shevlin, who had been detained by a passer was at Warren Street bridewell, where he was told he would be charged with wilful murder. A small penknife and pair of tweezers were found in his overcoat pocket.

A post mortem established that there were three stab wounds around Varley's groin. One of these had severed he femoral artery and vein, causing a hemorrhage that led to death. The cuts were consistent with having been caused by a penknife. 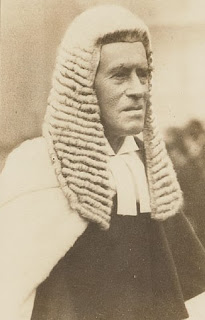 At the inquest the following Monday Shevlin cross examined Dr Brown who had treated Varley at the hospital. When asked if the injuries could have been caused by tweezers rather than a penknife Dr Brown replied that it was "possible but not probable". Shevlin then gave a frank explanation of what happened. He said "I have only one eye and was frightened of having that hurt. I wanted no quarrel with Varley so as he continued to hit me took a pair of tweezers out of my pocket to defend myself and held them out towards him hoping that the crowd would separate us." Shevlin denied that he had been running away and stated that he was just trying to find a policeman.

After a period of deliberation, the jury found that Shevlin had stabbed Varley with the penknife. However they acknowledged it was under a great deal of provocation and there was no intent to kill. He was then committed to the assizes on a coroner's warrant for trial on a charge of manslaughter.
On 2nd November prosecutors acknowledged that Varley had struck Shevlin first but the use of a knife was a disproportionate form of self defence. Shevlin gave evidence himself, denying thrusting any weapon. He maintained that he carried small instruments to fix watches, and did not even know what he had in his hand. All he was concerned about, he testified, was saving his remaining eye. Summing up, his defence counsel said the wound would not have proved fatal if it was half an inch either way.

In summing up, Mr Justice McKinnon said that all parties had agreed on the fact that Varley was the aggressor up until the final few seconds. If it was to be accepted as self defence, then the force needed to have been adequate. He also drew attention to the fact that implement caught Varley in a very unlucky spot hence causing death. Finally, the judge said that if they were satisfied Shevlin held out the instruments as a deterrent, but Varley threw himself upon them, then it should be an acquittal.

Without leaving their box, the jury found Shevlin not guilty and he was free to return to his home in Chesterfield Street.

Posted by Steven Horton at 20:34 No comments: