Sentenced to Death Over an Apple

A market trader who believed that a teenager had stolen an apple from her stall stabbed him, leading to her being found guilty and sentenced to death. 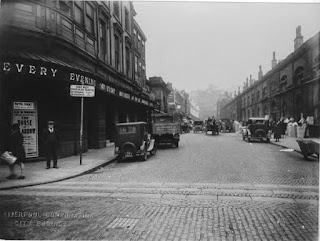 On the evening of Saturday 30th November 1872 a seventeen year old named Thomas Jones and a friend attended a play at the Royal Amphitheatre, stood on the site of the present Royal Court. At 730pm they came out during the refreshment break and as they walked down Great Charlotte Street, a fruit dealer named Catherine Hanlon rushed after the pair and accused Thomas of stealing an apple. He denied this but as she held his collar with one hand she then struck him with the other, then stabbed him in the abdomen.

Fifty year old Hanlon was apprehended immediately and Thomas was rushed to the Royal Infirmary with his bowels protruding. The following day, his condition being described as critical, he gave a deposition stating that he had not stolen any apple. At the police court on the Monday morning Hanlon was remanded in custody charged with attempted murder and told by the magistrate that Thomas was unlikely to survive. He died from his injuries later that day.

An inquest took place on 4th December where Thomas's friend Thomas Beamer gave evidence. He said he did not see whether or not Hanlon had a knife, but when he saw his friend's bowels hanging out after he unbuttoned his trousers he ran away fearing he would be stabbed next. A stonemason said that when Hanlon and Thomas were arguing, the youth was pointing to an apple lying in the roadway.

The police constable who took Hanlon into custody said that she had first said Thomas was messing about with cauliflowers and that it was another lady who had stabbed him. A verdict of wilful murder was returning, leading to Hanlon being brought before the police court again to be committed for trial. 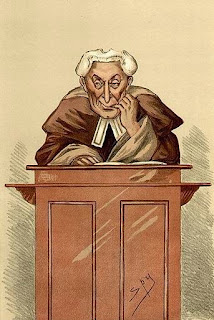 At the Liverpool assizes on 17th December Hanlon's solicitor claimed that the charge should be reduced to manslaughter as the stealing of an apple was provocation. In summing up though Mr Justice Mellor said he could not see how the charge cold be reduced and that if the jury were satisfied Hanlon had carried out the stabbing she was guilty of murder.

Hanlon was found guilty and sentenced to death. She was taken to Kirkdale gaol to await her fate along with a fishmonger named Richard Spencer who had killed his lover. The execution date was fixed for 6th January, but she was informed on New Years Eve that the sentence had been commuted to life imprisonment.
Posted by Steven Horton at 21:35 No comments:

A seaman who complained of a lack of vinegar stabbed his captain to death after he felt he was given extra work as a punishment for his request.

On 8th June 1872 the Mora sailed from Demerara in British Guyana for Liverpool. On board was an able seaman named William Davies who was from Finland, then part of the Russian Empire. As was often the case with foreign sailors who registered with a British vessel in Victorian times, Davies had taken an Anglicised name.

Early on in the voyage Davies complained to the Captain, William Draycott, that the crew did not have sufficient ration of vinegar. Draycott responded by saying that they had double rations of lime and refused to offer any financial compensation for the lack of vinegar.

When Davies was on the forecastle on 26th June he was ordered to go aloft and do some work on the rigging, which he did so. He was soon told however to do some more work, this time in the topgallant yard. Davies took exception to this, saying that Draycott was putting too much responsibility on him. He then told the captain that one of them would end up killing the other.

Draycott challenged Davies to a fight and called other crew members together to ensure that it was fair. After the captain struck the first blow, Davies took out a knife and stabbed him in the shoulder. Some crew members restrained him but he broke away and plunged the knife into Draycott's shoulder. 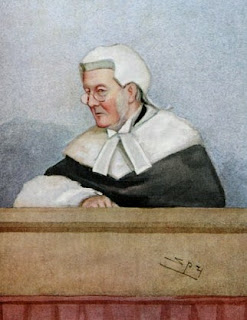 Twelve hours after the incident Draycott died of his injuries and when the vessel arrives in Liverpool two weeks later Davies was arrested and charged with murder, appearing at the Liverpool assizes on 23rd August. Davies didn't deny what he did, claiming he was acting in self defence and some crew members told the court that the captain had a 'fighting attitude' and had threatened to kick his head off.

In summing up, Mr Justice Willes said that this case was definitely one of manslaughter and could even be murder, as the use of a knife could not be justified if he was only being threatened by Draycott's fists. The jury erred on the side of caution but Davies was shown no mercy by the judge, who sentence him to twenty years imprisonment.

Posted by Steven Horton at 17:14 No comments:

When doctors refused to accept that a child had been stillborn a woman and her lodger were charged with murder. However despite the highly suspicious circumstances surrounding the birth, they were acquitted as doctors at the trial could not unanimously agree on the cause of death.

In the autumn of 1892 Mary Lunt, a thirty one year old mother of two became widowed when her postman husband died. She lived at Bickerton Street off Lark Lane and in November the following year she took in Thomas Muat as a lodger. Muat was a twenty seven year old policeman who was stationed just around the corner. 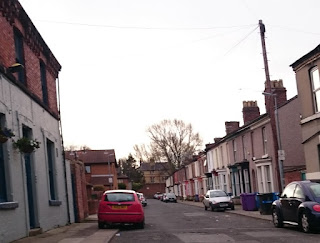 On 5th December 1893 Lunt complained of a lung condition and sought assistance from her neighbour Annie Atkins, but did not tell her that she was actually  heavily pregnant. Muat regularly entered her bedroom but told Atkins they should not call for a doctor unless Lunt gave them the go ahead. After being told that Lunt wanted to be left alone for a while, Atkins went home and returned at 11pm to stay until morning as Muat was on night duty for the police.

The following day Dr Campbell was called and after examining Lunt asked if she had given birth. She admitted that she had, saying she had fallen down the stairs at 7pm the previous evening and that the child, which was stillborn, was now at an undertakers. After the doctor left, Lunt told Atkins that she had now been diagnosed with kidney problems.

Dr Campbell was unhappy with what he saw when he examined the infant and said he needed to consult others.  A full post mortem was carried out at Princes Dock mortuary, with doctors forming the opinion that the child had been born alive and died due to strangulation, suffocation and bleeding. When Lunt was arrested she told police she had felt ill but had no idea of her condition, then said that Muat was the father.

On 30th December Muat, who had been suspended from duty for the previous fortnight, was arrested and taken to the Old Swan bridewell. He denied being the father of the baby and when he was searched an elastic band was found in his trouser pockets.

A committal hearing at the Islington courthouse on 5th January heard evidence from the doctors involved, who agreed that the baby had not been stillborn. The defence solicitor claimed that as Lunt had made no attempt to conceal the birth and Muat was just a lodger then there was no case to answer by either party. The bench though consulted for a few moments and committed both prisoners to the assizes for trial.

The trial opened on Saturday 17th March before Mr Justice Day. Evidence was heard from Annie Atkins and her mother Mary, who had tried to persuade Lunt to call a doctor on the day of the birth. However a juror then took ill and the judge postponed the case until the following Wednesday, when Annie and Mary had to repeat their evidence due to a new jury having been sworn in.

The undertaker who had collected the body stated that there had been no attempt made at concealment. When the detective who arrested Muat was cross examined, he admitted that the elastic band found on his person was the same that police officers would use to wrap around their pocket notebooks.

Evidence was then given by four doctors. Two, including Dr Campbell, were of the opinion that death was caused by strangulation. However another said that it could have been asphyxiation due to lack of proper afterbirth care. The fourth doctor said that if the birth had been triggered by the fall, this could also have caused complications.

In summing up, Justice Day asked the jury to consider that after hearing the medical evidence, could they safely say that the death had occurred due to violence. After a few minutes deliberation they returned a verdict of not guilty and both prisoners were discharged.
Posted by Steven Horton at 00:30 No comments: