There was a triple domestic tragedy in 1919 when a man killed his wife and their two children before unsuccessfully trying to commit suicide himself, leading to his arrest and execution. 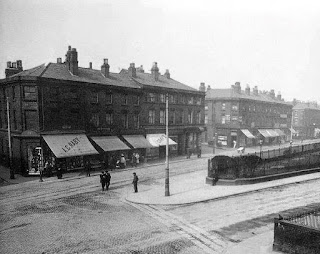 Early that year Russian Jew David Caplan and his wife Freda, who was originally from Liverpool, came to the city from Leeds and took a job as a tailor's cutter. Freda opened a haberdashery shop in West Derby Road, and the couple lived there with their two sons, four year old Harry and seven year old Maurice.

Relations soon deteriorated between the man and wife, with David being fined for throwing boiling water at her on one occasion. With the help of her sister Minnie, Freda obtained a Separation Order but it didn't require David to leave until 20th October.

On the morning of 14th October 1919 Freda's brother Myer Waterman noticed that the shop wasn't open and went around the back, climbing over the yard wall. On looking through the kitchen window he saw 42 year old David on the sofa, unable to speak and bleeding heavily from the throat.

The police were called and after forcing entry they went upstairs and found both children dead while Freda was unconscious but still alive. All three had severe head injuries and seemed to have been battered with an iron which was covered in blood. A neighbour came forward to say she had heard screams around 6am but was so used to hearing the couple arguing that she didn't give it any extra thought.

The two adults were taken to hospital where David was operated upon but Freda was beyond recovery and died the following morning. David was soon well enough to be committed to the Manchester Assizes for trial and on 2nd December his plea of insanity was rejected by doctors who examined him, leaving the jury with no option but to return a guilty verdict.

An appeal against the death sentence, based on the fact David's mother had been in an asylum in Russia, failed and he was hanged at Strangeways Gaol on 6th January 1920.

Posted by Steven Horton at 20:11 No comments:

A man whose brother was killed in action during World War 1 was hanged after he murdered his sister-in-law when she spurned his advances.

The war had not been a happy one for Mary Ellen Rooney, who lost two husbands as a result of the fighting.The second was killed in action in France in July 1918 and after this happened she went to live with her mother in Elm Grove, off Smithdown Lane. 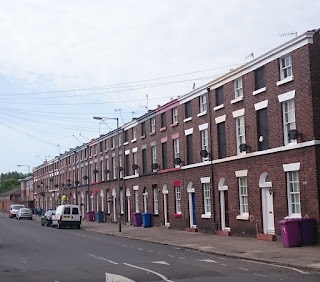 Her second husbands older brother William Rooney, a 51 year old labourer, lived opposite with his mother. Mary used to do house work for William's mother but became afraid of going there due to the unwelcome advances and when she refused to go to the picture house with him, William threatened to kill her and knife.

When Mary's uncle confronted William about the threat, he said it was his younger brother who acted like this and she must have been confused due to her grief. Mary went away for a week or two but on return was visited by a soldier on leave, to whose presence William objected and he challenged him to a fight in the street.

On the afternoon of 2nd November, Mary agreed to go for a drink with William and they appeared on friendly terms. However that evening when Mary went into a shop in Paddington to buy some eggs. William followed her in and grabbed her shoulder, then stabbed her in the neck twice before some passers by managed to overpower him. A doctor driving past saw Mary bleeding and gave assistance, but there was little he could do as the jugular vein had been cut. She was rushed to hospital but died as doctors prepared to operate.

William gave no resistance and admitted what he had done when a policeman arrived at the scene. The inquest was held on 5th November, with William's mother giving evidence that his father was currently in the Rainhill asylum and two of his sisters and a brother had also had a history of mental illness.

A memorial service was held for Mary at St Stephen's Church in Grove Street and William was committed for trial at the Manchester Assizes that took place three weeks later. During the intervening period, an armistice was signed but there would be no reprieve for William  the defence being unable to show that William was not in control of his actions. He was found guilty and sentenced to death, showing no emotion as the verdict and sentence were read out. On 17th December, William went to the gallows at Strangeways gaol.

In what was known as the Woolton Tragedy, an off duty World War 1 soldier strangled his wife and then committed suicide in Bristol.

In May 1917 Ernest Napier, a 27 year old soldier with the Royal Garrison Artillery, returned to Liverpool on home leave for a week. He stayed with his wife Miriam and three young children in her parents home at 1 Derby Terrace, Huyton. Things appeared fine between them, but on Thursday 10th May the couple went out for a walk and neither were seen alive again. 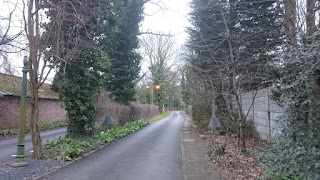 On the following morning,  Miriam's body was found by a ploughman at Holt Lane (then classed as Gateacre, part of Woolton, but now Netherley). A handkerchief was stuffed into her mouth and string tied tightly around her neck and when her body was removed to Princes Park mortuary it was found that there had been no signs of a struggle with her clothing and hair in perfect position.

A search was immediately launched for Ernest, who was due to arrive back at his barracks in southern England by 10am the next day. Initially the police feared that something awful may have happened to him but on the Saturday afternoon news came through that his body had been found in a public toilets in Bristol. In his pockets were letters addressed to Miriam and her father threatening suicide.

An inquest into Ernest's death returned a verdict of 'suicide by unsound mind', it being suggested that he may have suspected his wife of having an affair. Miriam's funeral was held on 24th May at Huyton Church with an internment in the cemetery.

A Vauxhall man who returned from Australia to kill his mother in 1916 managed to avoid the gallows when a jury decided he did it during a bout of temporary insanity.

56 year old Mary Mackin lived in a cellar Menai Street, situated where Barmouth Way is now. Her son Patrick spent a lot of time away at sea but sent money home regularly and there was no indication that there were any problems between them.

In 1910 Patrick emigrated to Australia but returned at the end of 1915, moving back in with his mother and taking up causal labour as a ship's fireman. The work wasn't regular and Patrick soon turned to drink along with his mother.

On the fateful night of 29th July 1916 Mary drank with Mrs Murphy, who lived in another part of the property, before returning to her cellar. She was then hit by Patrick and when Mary shouted for help from Mrs Murphy, Patrick told her to mind her own business when she told him to stop. However things did quieten down and Mrs Murphy returned to her part of the house.

At around 1130pm, Mary was found on the steps of the house by Mrs Hollingwood, who lived nearby. She was bleeding from the throat and a police sergeant soon arrived after seeing the commotion. He was greeted by Patrick who handed a razor over and said 'I am the man that did it you know where I live.' As he was being taken to the Bridewell Patrick said 'If my mother dies I will die with her.'

Mary was taken to the Northern Hospital where she soon died and Patrick was charged with murder. He was committed for trial at the Assizes on 2nd November, where several neighbours spoke of him having a loving relationship with his mother. Mrs Murphy said he always handed over half his pay and that she thought he was 'not altogether there.' Others said that Patrick was often seen talking to himself, had once ripped up a ten shilling note and thrown it into the gutter, and invited people to pubs for drinks only to walk away when they got there.

Doctors were in disagreement as to Patrick's state of mind. One said he was sane, but another believed he was temporarily insane at the time. The doubts over Patrick's sanity meant it was impossible for him to be convicted of murder and sentenced to death. He was instead found guilty of manslaughter and sentenced to fifteen years penal servitude.
Posted by Steven Horton at 22:47 No comments: