In 1948 when 22 year old man from Norris Green was stabbed to death in Staffordshire, his Maltese killer was hanged at Walton gaol. 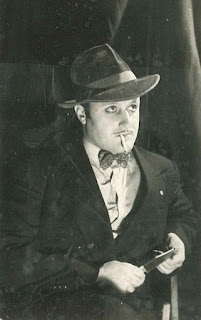 Shortly after 10pm on Friday 9th October that year three young Liverpool men were stood outside the Talbot Hotel in Church Street, Newcastle Under Lyme. When a 24 year old Maltese man named George Semini walked past with a local lady, Majorie Seabridge, one of them made a remark about her height. Semini reacted ferociously, knocking one of them to the ground. Two passers by tried to restrain him but Semini broke free and knifed all three Liverpool men before running off across some wasteland.

Two of the men's wounds were not so serious, injuring the knee and One of the three men, 22 year old Joseph Gibbons, had been stabbed in the chest and died an hour later at the North Staffordshire Hospital. Joseph was originally from Berkswell Road in Norris Green and had been working in the area as a welder at a gasworks. He and his friends were at the end of their contract and had just been paid, so were enjoying a last night out in the area before returning to Liverpool the next day.

Twenty Four year old George Semini, a Maltese national who working at a local mine in Knutton, was arrested at a miners hostel. He was charged with murder and remanded in custody at a special sitting of the police court the next morning. At the inquest Joseph's father described him as peaceful and of amiable disposition and said he had recently been discharged from the army.

At this trial at the beginning of December, portrait photographs were produced of Semini holding a knife. Semini did not deny the stabbing, but said it all happened in a haze and couldn't remember exactly what happened. The fact he had been held back but broke free did not bode well for him and he was found guilty. As he was sentenced to death, Marjorie Seabridge broke down and cried and a Maltese in the public gallery shouted 'Injustice'.

Semini's lawyers appealed on the basis it was a chance medley, but this was rejected. Lord Chief Justice Goddard said in his reasons that there was no reason to draw the knife and called the stabbing a dreadful and cowardly act of revenge.

The day before his execution Semini was visited by his friend Joe Marguerat. Semini asked him to buy a gold locket and chain so a photograph of him could be put in there for his wife and son in Malta. On the day itself, 27th January 1949, Marguerat was one of two Maltese nationals outside the gates of Walton gaol and told reporters he had promised to look after Semini's family. Semini also had an unlikely sympathiser in Joseph's mother, who wrote to him in prison saying she knew he hadn't intended to kill him. 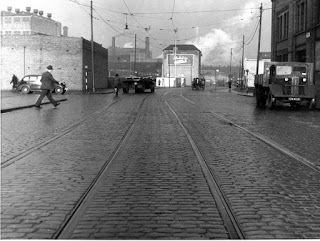 Posted by Steven Horton at 23:02 No comments: 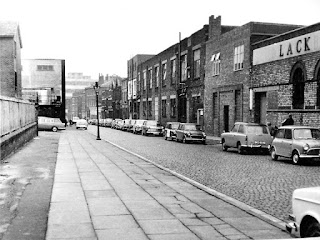 Collins, who was now 54 years old and lived at Mallowdale Close in Hulme, was charged with murder but at Liverpool Crown Court on 7th October that year the prosecution accepted his plea of guilty to manslaughter. He was then sentenced to one years imprisonment, Mr Justice Caulfield telling Collins that he believed he would be happier to serve punishment for his crime than continue with his guilty secret.
Posted by Steven Horton at 22:31 No comments: