Dead Baby in an Ashpit

A teenager who gave birth to a child that was later found dead in an ashpit was found guilty of manslaughter and transported for life.

On the morning of Saturday 3rd March 1855 the body of a newborn baby was discovered in an ashpit off Norris Street, Bevington Hill. The woman who found the body, Jane Carter, immediately alerted the police who arranged its removal to the Northern Dispensary.


A surgeon was of the opinion the baby had been murdered due to a large gash on the forehead. Police enquries in the Bevington Hill area established that a sixteen year old named Jane Clayton had been heavily pregnant. They then called at Jane's lodgings and were told by her landlady Mrs Forsyth that she was still pregnant but officers suspected this wasn't the case. Jane was taken into custody and an examination showed that she had recently given birth. 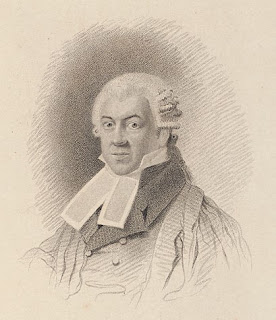 Jane admitted that she had delivered a baby the previous evening and that fifty year old Mrs Forsyth was aware of this. Her landlady denied this statement however, saying she had taken Jane her supper and breakfast and not been told anything about the birth. However a neighbour implicated Mrs Forsyth further by stating that on the Saturday morning she had given her keys to the yard where the ashpit was. When Jane made a full confession to the killing, both she and Mrs Forsyth were committed for trial on a murder charge.

On 30th March both women appeared before Baron Clarke. Jane's confession was read out and stated that Forsyth had struck the child's head with an iron. Mr Arnott from the dispensary said that the child had breathed and the wound on the head had been caused while it was alive.

In summing up the judge said that there was insufficient evidence against Forsyth and ordered the jury to acquit her. They then found Jane guilty of manslaughter and recommended mercy. Baron Parke was in no mood to be forgiving however and sentenced her to be transported for life.