Killing at the Corn Exchange

A corn porter whose anger at not being given any wages led to him killing a foreman was transported for life.

On Saturday 12th July 1856 at about 2pm a master porter named Francis Welch was stood at the corner of Fenwick and Brunswick Streets. This was a popular place where corn porters would seek work. He was approached by a man named Miles Melia, who aggressively asked him for half a days pay. 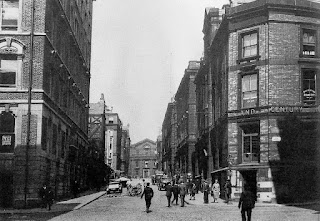 When Welch refused the payment, saying he didn't know who Melia was he was struck three times and fell down. After being helped up Melia hit him again, causing him to fall down. More passers by helped Welch but Melia pushed them aside and struck another violent blow, causing him to fall and hit his head on a flag and grid.

Blood was pouring out of the back of Welch's head and nostrils. He was taken to the Northern Dispensary where the wound was dressed and he was sent to his home in Cunliffe Street. Melia as apprehended by police in the Brunswick Building and as he was being taken to the bridewell said that no man would stand in the way of him claiming his wages.

That evening Welch passed away and a postmortem revealed he had died from effusion on the brain as a result of the blows. An inquest returned a verdict of wilful murder against Melia, who claimed that he was drunk and could remember very little.

Melia was committed to the assizes on a coroner's warrant and appeared before Justice Willies on 20th August. He claimed that Welch struck him first but witnesses said that his victim was not aggressive. They continued that Melia acted violently after being refused any wages by a man who said he had not worked for. 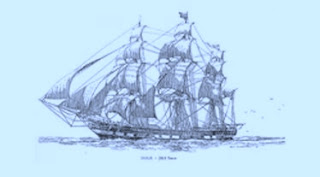 The defence counsel stated that Melia had no motive for murder and no weapon was used. In summing up the judge said that drink was no excuse and that if it the actions could reasonably have led him to believe grievous bodily harm would be caused, then it was murder.

After the jury returned a verdict of manslaughter, the judge said it was a brutal savage attack and manslaughter of the most aggravated character.  He then sentenced Melia to transportation for life. On 1st January 1858 he landed in Western Australia after a three and a half month voyage on board the Nile.