In a horrific case in the 1850s a Vauxhall mother malnourished her children so much that two of them died from starvation leading to her being convicted of manslaughter. 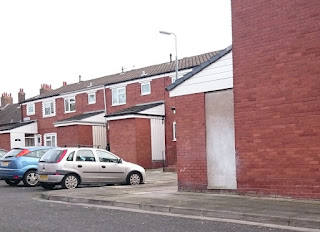 The situation came to light on the morning of Friday 24th August 1855 when 35 year old Mary Aspinall called police to her home in Eldon Place, claiming that two days earlier her husband, 42 year old William had killed their 22 month old daughter Emma, who was found dead in bed.


The scene at the property was horrendous, with the dead child in a skeletal state and six other children black from dirt and suffering malnutrition. Both parents were arrested and that night a second child, a  four month old baby, died. The following day hundreds of people descended on the property to look at the conditions in which the children had been living.

The following week an inquest was held, with the Liverpool Mercury reporting that the parents had showed 'inhumanity unparalleled in the history of crime.' The jury of the coroner's court returned a verdict of wilful murder due to starvation arising out of gross negligence and both parents were committed for trial.

Of the six children that were placed in the care of the workhouse, two of them died before the trial took place in December, when the prosecution reduced the charge to manslaughter. A neighbour told how they had often seen the children neglected while the mother was drunk and the couple's oldest son John, who worked with his father for the London & North Western Railway Company, said that they both handed their wages over to his mother.

Twelve year old William Aspinall told the court that his mother was often drunk and that he would be sent to get his own food, while the youngest children often had their food taken from them by  the older ones. Both said though that when their father was around, he would ensure that all his family had something to eat.


The jury acquitted the father William but found mother Mary guilty of manslaughter and she was sentenced to two years imprisonment.
Posted by Steven Horton at 17:02