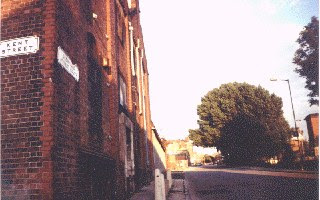 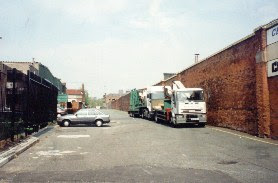 The brutal killing of a pregnant woman, her two children and maidservant in 1849 led to a Liverpool street having its name changed.

Ann Hinrichson and her sea captain husband John bought a large house in Leveson Street (now Grenville Street South) in 1848. It was later decided that they should let some spare rooms in their home to provide extra money for household expenses. On 27th March 1849 a young Irishman from Limerick, Maurice Gleeson, answered the advert placed by Mrs Hinrichson in her parlour window. After inspecting the rooms he paid a weeks rent in advance, explaining that he was a ships carpenter. Gleeson had been in Liverpool for about 15 months, having first taken lodgings in Sparling Street and marrying his landlady. 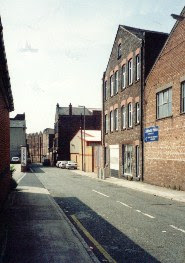 The next day a delivery boy named William Bradshaw called to the house with two jugs that Mrs Hinrichson had purchased earlier. There was no answer but he could hear moaning inside and went to fetch a policeman. When he returned with a constable, neighbours had already broken the door down and found Mrs Hinrichson, one of her two sons and a maid, Mary Parr, lying in a pool of blood. All three had been battered about the head with a poker and were barely alive when they were transported to the Southern Hospital, while the body of Mrs Hinrichson's other young son was found in the back cellar.

Police found a blood stained towel in Gleeson's room and also that some jewellery had been taken from Mrs Hinrichson's room. Immediately after the murders, Gleeson had washed his clothes in Toxteth Park, before moving on to London Road to try and sell a gold watch to George Moore, a pawnbroker. From there he bought new boots and trousers and went to his other lodgings at 44 Porter Street where his landlady gave him a clean shirt. After this, he visited a barbers in Great Howard Street for a shave and enquired about a wig, insisting that his hair was falling out. He also asked about securing a passage to America for £3 and the barber also noticed that Gleeson had blood on his wrists.

Gleeson defied the police dragnet to board a Mersey ferry and spend the night at his estranged wife's fathers home in Tranmere. The next morning he returned to Liverpool and attempted to sell a gold watch to a Great Howard Street grocer. Even though it  was examined by a policeman Gleeson evaded arrest, but the grocer remained suspicious and he was soon bundled into the city's Bridewell by the his son, who was supposedly taking Gleeson to another premises to get money to pay for the watch.

Mrs Hinrichson and her daughter had died soon after arriving at hospital, but Mary Parr was clinging to life. On Friday 30th March Gleeson was taken to the hospital where she identified him. Mrs Hinrichson's mother, who had travelled to Liverpool from Hull, also confirmed that the gold watch in Gleeson's possession belonged to her daughter. Mary died on Thursday 5th April, making it a total of four people killed. 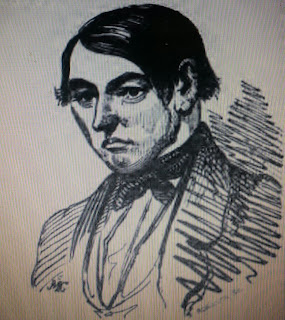 During the trial Gleeson showed no hint of remorse and had a total indifference to the outcome. The evidence of the barber, grocer and his ex landlady meant that the jury found him guilty without leaving their box. The judge told him there was no hope for mercy and sentenced him to death. He was hanged at Kirkdale gaol in front of a large crowd of 50,000, some of whom had paid a shilling to come on special trains from other parts of Lancashure. The hangman - 70 year old George Howard who was standing in for the unwell William Calcraft, botched the execution by not calculating the drop right or placing the hood on properly. Gleeson's eyes were bulging out of their sockets and his face went purple causing many in the crowd to faint. The hangman put the cap back on but he writhed about for fifteen minutes at the end of the rope before he died.

Captain Hinrichson, who returned from the sea to find his family obliterated, later became dock master at Toxteth, Huskisson and Queens Docks. All four murder victims were buried in St James cemetery while the notoriety of the case led to the street being re-named Grenville Street South.