On 9th September 1911 two year old Lucy Kennedy was beaten so badly with a belt by Michael Fagan that she died of her injuries two days later and Fagan was hanged for the crime. 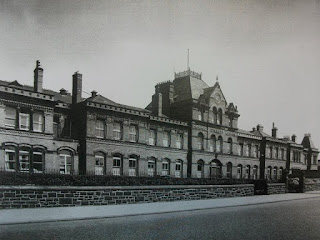 On the afternoon of 9th September Mary and Annie went shopping leaving Fagan in charge of the two young children. Around 6pm Annie returned home to find that Fagan was nowhere to be seen, but Lucy was lying on the bed with severe injuries, including black eyes and cuts on her buttocks. She was taken to the Stanley Hospital but died later that evening.

When Fagan returned drunk he was arrested, telling police 'I used the belt but not with the intention of doing any harm, it was not used violently.' However it took the jury just half an hour to return a guilty verdict when he appeared before the Liverpool Assizes on 7th November, although they recommended mercy on the grounds Fagan had been drunk.

The jury's surprising recommendation was not upheld by the Home Secretary and Fagan was hanged at Walton Gaol on 6th December.