A man who killed his wife as he was unhappy at her relationship with their lodger was convicted of manslaughter and transported.

In the early hours of Sunday 28th July 1844 Owen Leonard, a tailor who lived at 37 Peter Street, accused his wife Bridget of what the Liverpool Mail described as 'being in terms of more than ordinary intimacy' with one of their lodgers. The man denied the accusation but Bridget refunded his rent so that he would leave and the peace be kept, or so she thought. 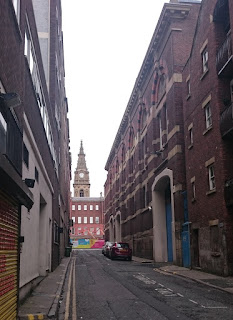 Bridget then went upstairs to light a candle in the room of two other lodgers, Mr and Mrs Livingston. Her husband remained downstairs and locked the door but when Bridget returned downstairs she was punched to the ground. Leonard then grabbed her hair and slit her throat with a razor. He then cut her nose, arms and legs whilst their terrified fourteen year old son James looked on. Her screams woke several people in the neighbourhood who began to gather outside the door, leading to Leonard opening it and kicking his wife down the steps. A stretcher was procured and Bridget was rushed to the Northern Hospital, where she was pronounced dead on arrival.

Police officers arrested Leonard as he was washing his hands and recovered a blood stained razor from under the table. He was sixty years old and described as being of diminutive stature. Both he and Bridget had been born in Ireland.

An inquest took place before the borough coroner Mr P F Curry on the Monday. As it opened Leonard sat in a state of anxiety and trepidation but he grew calmer as the proceedings went on. The principle witness was their son James, who explained how a row had broken out around midnight and that Leonard was 'tipsy but sufficiently sober to know what he was about.' James then described how after the lodger had left the door was bolted, window blinds shut and then his father set about beating and slashing his mother. James said that he managed to escape to look for a policeman but when he returned his mother was on the steps unable to speak.

After giving his evidence James was then challenged by his father over his account. This led to him admitting that his mother had struck his father first, but only after some ill language was used against her. Police Constable Thomas Dunn said that when he arrested Leonard he replied that he had done what he did as his wife was an 'old bitch.'  Mr Livingston said that he saw the disagreement take place between Leonard and the other lodger, then went to bed with his wife, chatting for a few moments as Bridget lit the candle. The next he heard was the screams of James, who was outside the house begging for help as his father was killing his mother.

Michael Hambleton, who lived opposite, said that he was woken by screams and went over to see Leonard stood over his wife, whose nose was cut off. He ran for a policeman and when he returned Bridget was on the steps. Another neighbour Margaret Peacock told how she tried to stem the flow of blood with her apron and when Leonard saw her do this said to her 'I will do the same to you.'

Edward Parker, the house surgeon at the Northern Hospital, explained that on carrying out a postmortem he found that the jugular vein had been severed. Two other arteries were cut in half and some of the wounds were as long as eight inches. In his opinion, no single wound had caused death, rather a haemorrhage had occurred from all of them. After the jury returned a verdict of wilful murder, Leonard was committed to the forthcoming assizes for trial. 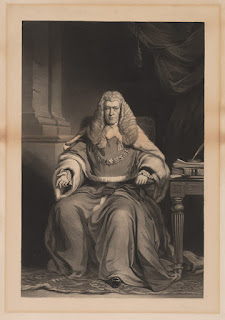 On 29th August Leonard appeared before Baron Pollock, looking about the court with an air of indifference. The prosecutor Mr Hulton outlined the facts of the case and then called the same witnesses who had given evidence at the coroner's inquest. Dr Chalmer, surgeon to Kirkdale gaol, then gave his opinion that Leonard was of sound mind and fully conscious of what was going on.

Mr McAubrey, defending Leonard, contested that Leonard had no prior motive and acted out of passion. He then called two of his daughters, Margaret and Ann, who both said his mood had changed in recent years and that he had become more paranoid about his wife's activities, even refusing to drink tea that she had made for him. John Goodwin, a master tailor, said he had employed Leonard at times and he could be irrational and rambling, often walking away when given instructions.

In summing up, Baron Pollock asked the jury to consider to what extent Leonard was destitute of reason and how much control he had of his actions. A verdict if manslaughter was returned and he was sentenced to be transported for life. In September the following year, he was one of 250 convicts to arrive at Norfolk Island n board the Hyberadad.