A driver who knocked down and killed a man in Scotland Road fled the scene but was brought to justice when he failed to convince police of his alibi. 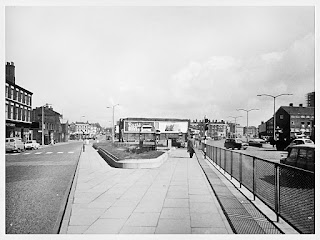 On 5th October 1964 John Fitzsimmons, a sixty two year old factory worker, was knocked down as he was crossing Scotland Road on his way to his home in Newsham Street.

The car involved stopped for a moment before driving off, but it was time enough for a passer by to note down the registration number.

The following day the owner of the car, thirty four year old lorry driver Charles Fearns, walked into Prescot police station and made a statement. Fearns, who lived in nearby Sutherland Road, claimed that his car had been stolen the previous evening and that he hadn't been at the scene. 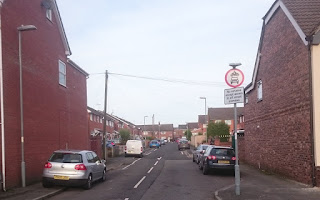 Fearns's account was soon discredited and he eventually admitted being the driver, but claimed he did not know he had hit anybody.

When he appeared at Liverpool Crown Court on 26th May the following year Fearns said that his windscreen had been hit by a large object and smashed, impairing his vision. Fearns then suggested that Fitzsimmons could have been hit by the vehicle in front and thrown up into the air, landing on his own vehicle. 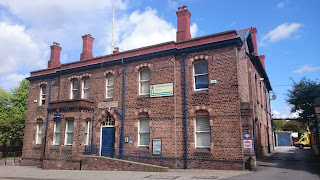 After being found guilty of causing death by dangerous driving Judge Stable did not mince his words. He told Fearns, a former driving instructor 'If you had come here and said "I realise what I have done and I will never do it again" I may have taken a different view. But what you did was try to defeat the course of justice by putting up certainly one, and possibly two, lying stories. This is one of those rare occasions when I think a bad driver must go to prison.'

Fearns was then sentenced to eighteen months imprisonment and banned from driving for seven years.
Posted by Steven Horton at 21:11