Killing of a Brothel Keeper

A man who stabbed a brothel keeper after being turned out of the house was found guilty of manslaughter and transported for twelve years.

On 12th June 1841 James White took a female into a brothel in Preston Street that was run by William and Bridget Crummer. Shortly after they retired to an upstairs room a cry of 'murder' was heard, leading to Bridget running up to investigate. She heard the female say she would return White's sixpence if he let her go, which he did so when he realised Bridget was there.

White then followed Bridget downstairs and tried to hit her, leading to thirty year old William telling him that it was not a manly thing to do. White said he would hit William instead and did so after being told to go about his business because nobody wanted conversation with him. William then took hold of White and threw him out of the front door. 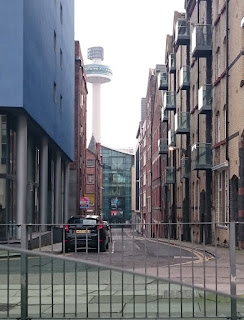 After disappearing for a moment White came back and stabbed William in the stomach, causing his bowels to fall out. Bridget bravely ran after White and managed to grab his coattails for long enough before a passing police constable took him into custody. A surgeon named Dr Cripps was sent for and sewed the wound, but also informed William that he needed to prepare to face Almighty God.

William was able to give a deposition to a magistrate in which he identified White as the man who stabbed him. He died at 5pm on the Sunday and when White was informed by the Bridewell keeper of William's death he replied 'Then I am an unfortunate man'. An inquest took place before the Coroner Mr P F Curry on 16th June. Bridget gave evidence, William's deposition was read out and Dr Cripp described the wound as 'of great extent' and caused by a sharp instrument. After hearing all the facts the jury returned a verdict of wilful murder.

At the assizes on 27th August Bridget and some others who had been at the house at the time gave evidence. White's defence counsel Mr Wilkins pointed to the fact that the knife was never recovered and said that the witnesses as of 'the worst description of human beings.' Two cabinet makers then gave forty one year old White excellent character references, describing him as someone of 'honesty and humanity.'

In summing up, the judge said that the jury had to decide whether White had used a knife with the malicious intent of causing death. After retiring for about ten minutes, they returned and gave a verdict of manslaughter.

White was told by the judge that he had committed a manslaughter of the most aggravated character given he had been excluded from the house then returned with a knife. He was then sentenced to be 'transported to such a place beyond the seas as Her Majesty by the advice of her Privy Council, may direct and appoint, for a period of twelve years.'