When a woman's body was found in 1818 her estranged husband was charged with her murder but acquitted as the only evidence against him was circumstantial.

At about 10pm on the evening of 2nd December that year Mary Urmston was found with her throat cut on what is now Eaton Road. She was on her way to her home in Knotty Ash after working as a laundress in West Derby. Despite barely alive, Mary was able to say to the boy who discovered her that 'some man' had come from behind and done it before expiring. 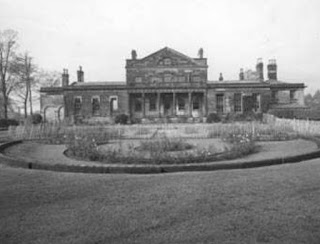 Nearby a bloodied knife was found, which was identified as belonging to the Larkhill Estate, owned by banker Arthur Heywood. Mary's estranged husband James was in service there, leading to his arrest. On 5th December an inquest returned a verdict of wilful murder and he was taken to Lancaster to await his trial.

Urmston appeared at Lancaster Castle the following April, where evidence was presented that stated he believed somebody would lunge or lurch at his wife. However although there was plenty of circumstantial evidence against him, the prosecution couldn't unequivocally prove his guilt. After a short deliberation the jury found him not guilty and he was discharged.