A man who stabbed another drinker who had made inappropriate remarks about his friend's wife tried to flee the scene but hadn't bargained for a woman who refused to let him get away. 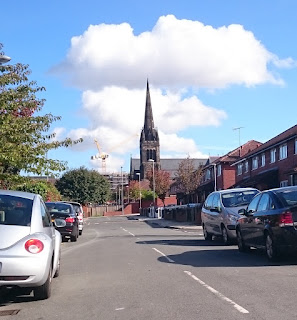 On Friday 19th December 1879 Hugh Knight, a forty year old journeyman saddler who lived in Langsdale Street in Everton, spent the evening drinking in the Great Eastern pub in nearby Canterbury Street. Whilst there he made some offensive marks about the wife of James Page, who was also in the pub, but further no words were exchanged between the two.

The following night at around 10pm Page went in the pub with two other men, William Martin and Edward Ashcroft. All three were too intoxicated for the barman to serve them and as a peace offering, Knight attempted to shake hands with Page and apologise for his words of the previous evening. Page though raised a clenched fist and replied 'I have got this for you tonight.' 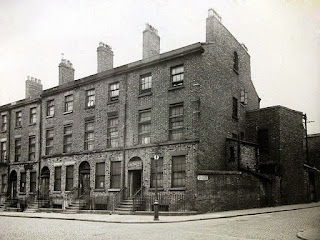 A few moments later Knight left the pub and was jumped on by Ashcroft, who throttled him around the neck and threw him onto the floor. he followed this up with two kicks in the side as Knight lay on his back and Martin then kicked him in the legs but Page did nothing. A passer by named Mrs Grimes shouted to Ashcroft that he had killed a man but he shouted back 'You cow I will kill you too.' He then lifted Knight's head up and knocked it back down onto the pavement.


All three men walked away but Mrs Grimes followed them, leading to Ashcroft kicking her. This was a bad move as she then struck him three or four times with her basket and the commotion allowed police to arrive and apprehend them. Knight was taken by two policemen to the house of Dr Rutherford at 155 Islington but he was pronounced dead on arrival. A post mortem revealed that he had died of effusion of blood at the base of the brain.

After an inquest returned a verdict of wilful murder against all three men they stood trial at the Liverpool assizes on 10th February 1880. Charges against page were immediately dropped, then after hearing the evidence the defence said Martin could only be proved to have kicked Knight in the thigh. Accepting that Ashcroft was the main instigator, his counsel said it was a brawl and as no weapon was used then it should be a case of manslaughter not murder. 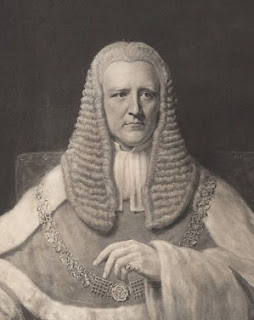 After the jury acquitted Martin but convicted Ashcroft of manslaughter Lord Chief Justice Coleridge was damning with his sentencing remarks. He told the 38 year old caster that his extreme brutality and deadly spirit might have justified a murder verdict. Saying that he needed to show others what he thought of such brutality in a civilised country, a sentence of twenty years penal servitude was then imposed. The judge also directed that Mrs Grimes should be paid a £5 reward for her courage and bravery.