Son Hanged For Murder of Mother

Thomas Corrigan murdered his mother in 1873 following a drinking spree and paid for his crime with his life. 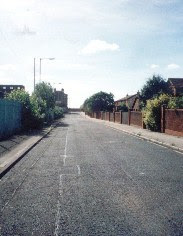 For the previous two years 23 year old Corrigan, a dock porter, had been seeing a lady called Martha Knight, with whom he had already had two children. When Corrigan began taking her back to his parents' property in Chisenhale Street, Vauxhall, his mother Mary remonstrated with him, leading to the tragic killing.

On the afternoon of 1st November, Corrigan went to bed with Martha before coming downstairs at 6.30pm and demanding his supper from Mary, who told him it was in the oven. When Corrigan opened the oven door and saw nothing was there he punched her to the floor before kicking, stamping and jumping on her, acts that were witnessed by two lodgers, James Harris and James Canavan.

Harris tried to intervene, meaning that Mary managed to crawl to the apparent safety of her lodger's room, but Corrigan followed her and threw her down the stairs before taking off his belt and beating her about the head with the buckle. He then jumped on her again before holding a knife to her throat, but Harris's wife managed to dissuade him from stabbing her. Corrigan was in a complete rage and had locked the front door to prevent anybody escaping and raising the alarm, and was also able to terrorise others in the house into remaining totally still as he carried on his attack.

Despite Mary's screams no neighbours contacted police, probably because such sounds were commonplace in the vicinity, especially of a Saturday evening. When Corrigan had finally finished the assault Mary was placed in bed and a priest sent for, who was told by him that she had fallen down the stairs. The priest, Father Ross, didn't believe Corrigan's story and on leaving the property went to the Chisenhale Street bridewell, telling the desk sergeant of his suspicions.

Police Constable McDowell was dispatched the the property and met Corrigan in the street, who told him that Mary had died suddenly. McDowell immediately arrested Corrigan and sent for Inspector McAuley from the Dale Street bridewell, who found a frightful sight on arrival at 30 Chisenhale Street. Mary's face was mashed to a pulp, her eyeball was ruptured, hair was all over the floor and ribs were broken. Corrigan was charged with murder and replied 'No sir you are wrong, who can prove that? I only came to the officer to get a doctor.' The following day, thousands of people came to Chisenhale Street to look at the house where the atrocity had occurred.

At his trial, Corrigan's defence was that he was in a 'fit of horrors' due to alcohol and as such should only be found guilty of manslaughter. This didn't cut any ice with the jury and when he was sentenced to death by Justice Quain he was told that his mother was somebody he was 'bound to love and cherish' and that the crime had 'disclosed such a state of brutality so shocking that I have never heard anything like it before.' Quain told him to expect no mercy and sentenced him to death. Whilst awaiting execution at Kirkdale he was attended to by Father Bonte, whilst his own father forgave him for the crime and requested the prison take a photograph of his son so he could have a keepsake. Corrigan was hanged on 5th January 1874.