It was a bad Friday 13th for two Scandinavian sailors in 1929 when they fought, leading to the death of one and the other being charged with manslaughter. 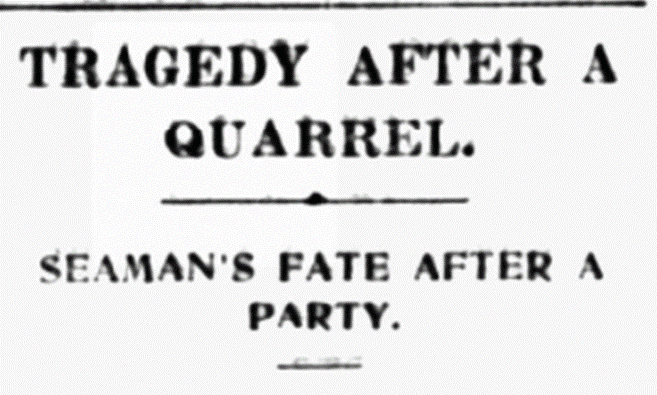 On Friday 13th September that year, fifty year old Norwegian Alfred Nyberg, a fireman on board an Elder Dempster liner, arrived in Liverpool and took lodgings in Upper Pitt Street. That night there was a party in the house, at which gramophone records were played along with singing.

Most of those present went to bed at 2am but Nyberg then got into an argument with thirty year old Swedish fireman Perly Petersen, who had been in Liverpool for a week. Petersen struck Nyberg who fell, cutting his head. Other boarders rushed Nyberg to the Southern Hospital but he was pronounced dead on arrival. Petersen found a policeman in Great George Square and told the office he had acted in self defence.

When he appeared before magistrates the following morning charged with manslaughter, Petersen was granted bail on sureties of £25. A week later, Petersen was back before the court for a committal hearing. He said that he had objected to Nyberg removing food from the pantry without permission and a quarrel ensued, during which the Norwegian had scratched his face. With no witnesses to the incident, and it being acknowledged Nyberg was in poor health anyway, it was determined there was no case to answer. Petersen sobbed bitterly as he was released from the dock to waiting friends.