In 1901 a doctor living in Farnworth Street fought with a man he employed who later died from is injuries. He was found guilty of manslaughter but sentenced leniently. 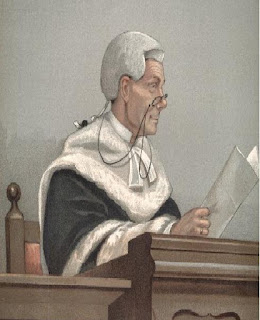 On Tuesday 3rd December that year, 38 year old John Fleetwood Baines was dismissed from his role as a porter for Dr James William Ayres. The following Friday, he had two pints of beer in a Farnworth Street public house then went to see Ayres demanding money he said he was still owed. The sound of scuffling was heard and Ayres was then seen to put Baines out into the street before punching him, causing him to fall and hit his head on the kerb. Ayres then went back into his house and came back out with a bucket of water, throwing it over Baines and saying "Take that Jack".

Baines was helped up and taken to his sister's house by Richard Kelly, a painter who had been in the pub at the same time, asking for any stale beer that he could mix with varnish. His sister Agnes however didn't seek medical help, thinking his drowsiness over the next couple of days was the result of drink or medication. She did go and see Ayres, who told her he had only thrown water over her brother and he would do the same to her if she didn't go away. It was only when he coughed up blood on the Monday that she called for the parish doctor who immediately sent him to Mill Road Infirmary. Baines died on 15th December, leading to Ayres being charged with manslaughter.

At the Assizes trial the following February, Ayres pleaded not guilty. However Kelly, as well as three others, said they saw the blow being struck. One of these was Annie Nelson, who was on her way to her home in Exley Street, who said the sound of Baines's head hitting the ground made her feel faint. There was laughter when Ann Leghorne, who had been looking out of her window, was challenged by the defence over her angle of sight. She replied that she didn't see what a mangle had to do with it.

In the closing statements, Ayres's defence counsel suggested that he was being convicted "principally on the evidence of a lot of women who differed in their statements." Baines was dismissed as a habitual drunkard that was barred from some local pubs, who had gone to see Ayres solely to start a row. Any blow, it was contested, was merely struck in self defence. Attention was also drawn to his sister not calling a doctor for four days and it was suggested that the fractured skull could have been a result of Baines falling from the couch on which he had been sleeping.

Summing up, Mr Justice Bucknill said that the key point was whether Ayres struck a blow with the intention of causing harm, or in self defence. He told the jury to disregard the character and drunken habits of Baines and focus solely on the actions and motivation of Ayres. Referring to Baines's sister as neglectful, he also advised the jury that she was not on trial and this had to be taken out of their considerations.

The jury deliberated for 45 minutes and returned a verdict of 'guilty under great provocation'. In passing a sentence of four months, the judge said he was 'pained beyond expression' to do so to a man of his profession, but there was only one law of the land and it affected all persons alike. Ayres, who had already spent ten weeks in custody, was allowed to see his wife before being taken down to the cells.