A Revolting Discovery in Bootle

In 1921 a woman who burnt her newborn child was found guilty of concealment of birth due to doctors being unable to agree on whether or not it had been born alive.

On 21st March that year Margaret Lynch of 15 Southey Street noticed a foul odour coming from the room of Bridget Tucker, a 24 year old factory machinist who lodged with her. She entered and opened a tin that was inside a trunk, which to her horror contained a baby's head wrapped in paper and a black stocking. 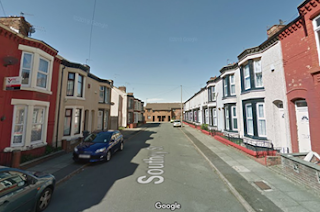 When police were called, Bridget said that she had given birth then had put her hand over the mouth and burnt the body. Amazingly she had managed to conceal her pregnancy from both her landlady and another woman who shared the room with her.

Bridget was charged with murder but by the time of the inquest on 1st April, she had told detectives that she did not think the baby was alive. Two police surgeons said they were unable to establish whether or not the baby had had a separate existence. This led to a verdict that there was no evidence as to the child being born alive.

At Manchester Assizes on 2nd May, prosecutors confirmed that they would no longer be proceeding with the murder charge. Bridget's defence counsel told the court that she had not concealed the birth to defeat the law, but because as a lone woman from the west coast of Ireland she was unable to bear her shame and anguish about giving birth out of wedlock.

Bridget was found guilty of concealment of birth but with a strong recommendation for mercy. The judge indicated that Bridget had suffered enough and sentenced her to seven days imprisonment, meaning she could be released immediately due to time spent on remand. Bridget fainted and had to be carried out of the dock.

Email ThisBlogThis!Share to TwitterShare to FacebookShare to Pinterest
Labels: 1921, Bootle, concealment of birth