A man in Everton killed his wife by cutting her throat, claiming he had done so due to her tantalising him. Although he was found guilty of the reduced charge of manslaughter, only his age led to him avoiding a life sentence from the judge. 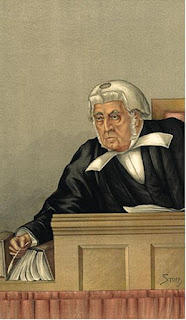 In early July 1892 William Williamson, a 65 year old boilermaker, along with his 55 year old wife Mary, took lodgings in Beresford Street Everton. Their landlords Michael and Margaret Riley could not help bit notice their arguing, which was usually to do with money as William was out of work.  On one occasion Mary was heard to shout "You have threatened to cut my throat many a time, why don't you do it".

On the 18th July, the couple drank heavily and Mary repeatedly shouted "Do it, do it, do it". The following afternoon, they were drunk again and William called Margaret to their room, where Mary was lying dead on the bed with blood pouring from a throat wound. Asked why he had killed her, William replied "She tantalised me to do it" then moved towards his wife's corpse and asked for one last kiss. When William was taken into custody on a charge of murder he told the officer "I done it" and he was remanded in custody by the police court.

William only had to wait ten days until his trial, as he appeared before Mr Justice Denman at the next Liverpool Assizes just ten days later.  He was trembling violently as he entered the dock and this first witness was Margaret Riley. Under cross examination, she admitted that she had twice seen Mary strike William and that when sober, the couple lived together happily.

There was then an extraordinary development when two members of the jury complained of feeling unwell leading to it being discharged. When replacements were brought in, the judge made it clear that they would need to be able to sit there for an hour and a half, which is how long he expected the trial to take. He then read from his notes the evidence of Margaret and asked her to confirm that she was in agreement.

The next witness was another lodger named Mary Reynolds, the wife of a police constable. She described the deceased as of 'quarrelsome disposition' and this was confirmed by her husband. The arresting officer gave evidence stating that William admitted to having drank after work and killed his wife in passion.

William's defence counsel described Mary as an aggravating woman who insulted William on many occasions and said that this was more a case of manslaughter than murder. The judge then asked Margaret Riley for a physical description of Mary and she replied that she was strong and not weakly or sick.

In summing up, Justice Denman said it was clear that William had affection for his wife except when tantalised or in drink and that drink meant people were not masters of themselves or their acts. He told the jury that for a manslaughter verdict to be returned, they must be satisfied that Mary had either struck blows or started the quarrel.

After twenty minutes deliberation, the jury put a written question to the judge as to whether they could reasonably assume Mary had struck William. He responded that it was for them to decide and not him to determine. After retiring for a short while longer, they found William guilty of manslaughter.

In sentencing, the judge showed little mercy, telling William that the severity of the wound meant he could not claim self defence. Calling it a desperate and violent act of homicide, he said he was bound to accept the jury's manslaughter verdict and that if William were younger, he would have given him a life sentence. Due to William's previous good character and army service in the 1850s, a sentence of seven years penal servitude was handed out.