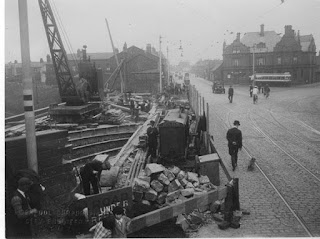 Cook was committed to the Assizes for trial and appeared before Mr Justice Day on 16th November. In his defence, Cook said he had just pushed Peach away as there was no room and he fell backwards. This led to him being found guilty of manslaughter and sentenced to six months imprisonment.
Posted by Steven Horton at 12:18