Murderer Throws Himself in Front of Train

The killer of a fifteen year old girl in Waterloo in 1920 committed suicide by throwing himself in front of a train once he realised police suspected him of the crime.

On the morning of 3rd February that year a workman found the body of a well dressed girl on an allotment off Brook Road. She had been gagged with a handkerchief, her throat had been cut and her head battered. Her eyes were wide open and her face had a look of terror. 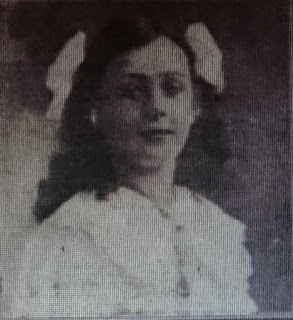 The body was soon identified as that of 15 year old Mary Drury, who had left her home at 2 Gordon Avenue at 7pm the previous evening to visit her friend in Park View. Mary's father Arthur, a clerk in a meat company, had been desperately searching for her all night when she failed to return home by 9pm.

There were very few clues for the police to go on at first, but the coldness of the body indicated that the monstrous deed had been committed the night before. Apart from one young boy saying he had seen a girl chased by a man in the vicinity there were no potential witnesses and no sign of any murder weapon. So many people had been at the scene after the body was found that any footprints of the killer had been obliterated. Mary's father could think of no motive for the murder, saying she had nothing valuable on her and that she was of 'contented disposition.'

Mary's friend, Isabel Connell, who she was meant to visit, could also think of no reason why anybody would do such a terrible thing to her. However she did say that Mary had a boyfriend, but she didn't know who it was. Miss Milroy, the headmistress of the Wesleyan Girls School said that Mary was one of the most advanced scholars and set a good example to her schoolfellows. 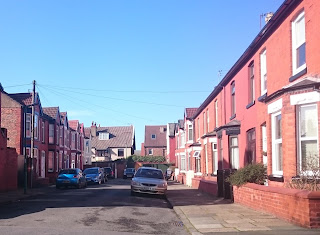 A postmortem found that Mary had not been sexually violated during the attack but also that she was not a virgin. It also established that the blows to the head had been caused by a blunt instrument and the throat had been cut with a pocket knife. Death, it was found, was as a result of shock due to the injuries. The inquest opened on 5th February but the deputy coroner adjourned it until further facts were known.

The following day, four miles away at Sandhills Station, signalman Edward Leahy told a colleague he was going out for a little while. The 31 year old married father of two stepped onto the track and was run over and killed by an electric train. When his body was recovered, it was so mutilated that it could only be identified by the presence of trade union cards. Police then revealed that they believed Leahy would probably have been able to assist them with the investigation into Mary's death. On the same day, Mary was laid to rest in the graveyard of St Luke's Church.

The resumed inquest took place at Waterloo Town Hall on 20th February and heard evidence from Superintendent Gregson. He said that Leahy, who lived in Brighton Road, had a plot at the allotment and been questioned on 4th February. He had admitted having been on the allotments between 7 and 8pm on the evening of the killing and when challenged about blood on his shirt sleeves, he said that it was rust from the lever in the signal box. On being asked why he needed a pocket knife he had responded 'Surely you don't suspect me.' 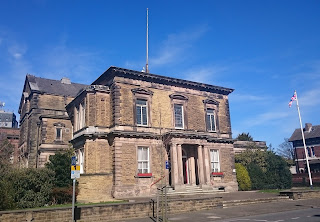 Extracts from a diary found in Mary's pocket were then read out, detailing relations with Leahy which were described as of an 'indelicate nature.' A doctor then stated that two strands of Mary's hair had been found on the coat which Leahy had been wearing when he was run over by the train. Isabel Connell then said that Mary had told her she lent two shillings to Leahy, although she hadn't thought them to be courting in any way. After hearing all the evidence the jury returned a verdict of wilful murder against Leahy.

Four days later on 24th February Leahy's inquest took place. Evidence was heard that he had left the signalbox after a phone call was made to there enquiring as to his presence. No evidence was heard as to his state of mind and a verdict of suicide was returned.