Two young men who murdered their victim by kicking him down the street like a football were hanged in 1874, while an accomplice faced life imprisonment.


26 year old dock worker Robert Morgan had made an August Bank Holiday trip to New Ferry with his wife and brother. On returning to Liverpool they had a quick drink in Chapel Street before continuing their journey to their home in Leeds Street. All three were perfectly sober. 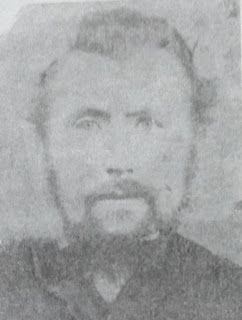 Passing a pub in Tithebarn Street, Morgan was asked for 6d for ale by 20 year old John McCrave, one of the notorious Cornermen, who terrorised Liverpool. Morgan made the mistake of suggesting that McCrave should work for this and McCrave replied that his work was taking money from people like him. McCrave then knocked Morgan to the ground and after being joined by 19 year old Patrick Campbell and 17 year old Michael Mullen, the victim was kicked for 40 feet before police could intervene. It was too late to save him and Morgan was pronounced dead at the Northern Hospital. Most alarming was that before police arrived, a crowd had gathered and was cheering as the incident took place.

McCrave was arrested that evening after being bravely pursued by Morgan's brother, who had also managed to knock Mullen down during the beating. The others were also in custody within days, Mullen having tried to escape to sea. Three doctors examined Morgan's body but although he was found to have a heart defect it was not one that would cause death and they concluded that he had died from shock as a result of the beating. 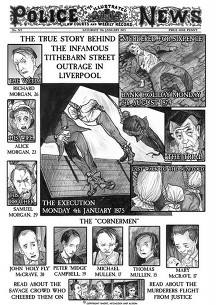 At the trial the Defence claimed that a verdict of manslaughter was more appropriate as there had been no premeditation. However all three, who showed a complete indifference to what was going on were found guilty of murder and sentenced to death, the jury having also been moved by a weeping Mrs Morgan giving evidence. Campbell was recommended for mercy on account of his having held steady employment for two years and having apparently not been a gang member, but rather an accessory as he was in a relationship with McCrave's sister.

As he left the courtroom McCrave shouted to the public gallery that people should 'keep from drink.' Outside the court as the prison van drove them to Kirkdale the mother of one shouted that it was wrong that three should be hanged for the death of one. Families of the guilty men petitioned the Home Secretary for reprieves but few people amongst the general public supported them and a side petition calling for the gang members to be flogged to death received lukewarm support. It was not until two days before he execution that Campbell had his sentence commuted to life imprisonment, to the relief of his widowed mother who was a respectable shopkeeper.

After being attended to by Father Bonte, McCrave and Mullen were hanged at Kirkdale on 4th January 1875. McCrave, who had already been to gaol on 18 separate occasions and was described by the Liverpool Mercury as 'one of the worst type of the dangerous classes' showed great terror at the hangman's noose but Mullen remained calm and indifferent throughout.
Posted by Steven Horton at 19:20