On the manager of the Cameo Cinema in , Wavertree and his assistant were shot dead during a robbery in which the gunman got away with just £50 and led to an innocent man being hanged.
During the investigation, 9,500 houses were visited and 75,000 people interviewed but police got no nearer to the culprits. On 4th April a letter arrived at police headquarters offering the names of two suspects. This led to the arrests in September of local petty criminals George Kelly and Charles Connolly. 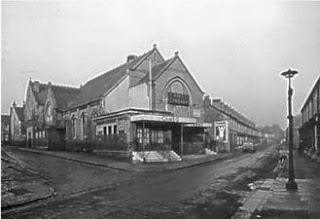 Despite no murder weapon being found and Kelly and Connolly having apparently good alibis for their whereabouts at the time of the killing, both stood trial and a jury failed to reach a verdict. They were re-tried separately and Kelly was found guilty of murder and sentenced to death. 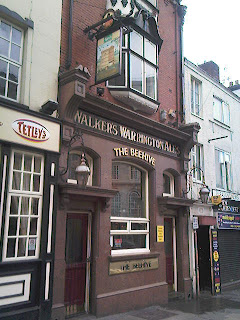 The main prosecution evidence in the trial was given by a local prostitute, Jackie Dickson and her boyfriend James Northam, who had recently been released from prison. They alleged that the plot to rob the cinema was carried out in the Beehive pub (left) at , when George Kelly produced a gun. Kelly maintains that he was drinking with his friend Jimmy Skelly at various pubs throughout the day but at no time did he go in the Beehive. He did admit to being in pubs in the vicinity of the cinema shortly after the killings and witnesses corroborated this. However, it would appear doubtful that he would have been able to commit the killings, dispose of the gun, clean himself up and drink in local pubs in the timescale involved. Connolly claimed to have been at a dance with his wife, having initially saying he had been at work but admitting later that he got the dates wrong due to the length of time from the shootings to arrest.

Despite appeals, In March 1950  Kelly was hanged for the murders, while  Connolly was sentenced to 10 years in prison for robbery. Connolly later admitted he pleaded guilty to robbery on the advice of his solicitor to save himself from the gallows but this almost certainly condemned Kelly. The appeal judges pointed to Connolly's guilty plea as evidence of Kelly's guilt. Connolly maintained his innocence until his death in 1997 and George Kelly's family continued to fight to clear his name. 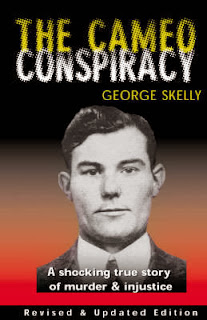 The 50th anniversary of the shootings led to more research into the case. A book by George Skelly, brother of Jimmy Skelly was published after much consultation had taken place with Charles Connolly prior to his death. This relates the events of the day of the shootings and the aftermath and only just falls short of naming who he feels the real culprits were.

In February 2001 the Kelly's case was finally referred to the court of the appeal and both convictions were quashed in June 2003. However Merseyside Police said they would not be reopening the investigation. Kelly's remains were exhumed from Walton prison in 2006 and re-interred in Allerton Cemetery following  a service at Liverpool's Metropolitan Cathedral.
Posted by Steven Horton at 14:11