The Riddle of the Hanging Boy

A schoolboy made a grim discovery one night when he found his friend hanging in his house after it had earlier been burgled. 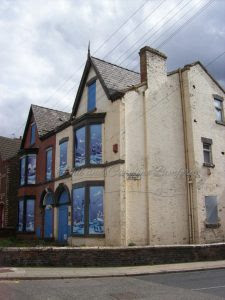 On 2nd February 1946 Ernest Johnson left his house in Anfield to visit Charles Greeney at 62 Edge Lane. When he arrived the house was lit up and the front door wide open. Ernest went straight inside and found 11 year old Charles hanging from a clothes rack.

Ernest ran to a local hotel where Mr and Mrs Greeney were enjoying a night out to inform them of his grotesque find. Police were called and as a number of possessions were taken, they concluded that Charles had been hung by the robbers.

Four men later stood trial for murder but the Prosecution was unable to prove their guilt beyond reasonable doubt, partly because there had been no sign of a struggle, although there was evidence to say that Charlse had received a blow to the head. The Defence, led by Rose Heilbron, also pointed to the fact that Charles had been reading a scouts book about knots that very night and as such his death could have been the result of an experiment that went horribly wrong.

As a result a verdict of Not Guilty was returned, although all the men were sentenced to terms of between three and four years imprisonment for burglary.
Posted by Steven Horton at 19:10