A teenager who killed his bullying father avoided being convicted of murder after an impassioned plea to the judge by his mother.

Hugh Lennon, a 49 year old labourer lived in Barmouth Street (off Boundary Street) in 1877 with his wife Catherine and son Thomas, aged 18. On the evening of 15th December Catherine took some drink and was put out onto the street by Hugh, who brandished a knife to make sure she left, cutting the back of her head in the process.

Shortly after midnight Thomas returned home and found his mother sat on the step of a neighbour, with his father shouting obscenities from his own house. On seeing his mother forced out of the home and hearing the words she was getting called, Thomas ran down the cellar steps and picked up the same knife from earlier off the table and plunged it into his father's chest.

Neighbours who heard the commotion called for a policeman and Constable Devlin was soon on the scene. He went down to the cellar and found Thomas asleep on the sofa, with Hugh lying dead by the fireplace with the knife next to him. On being taken from the property, Thomas said to a neighbour 'Mary will I be hung for this'. When he arrived at the Bridewell and was asked what happened, he said he didn't know as he was drunk.

Police Constable McKee, who stayed behind to gather evidence and speak to people in the locality, was told by Catherine that her husband deserved to die as she showed him the wound on the back of her head. When a post mortem was carried out by Dr Sheldon, he concluded that death was caused by bleeding due to the knife penetrating the heart and that the blow must have been struck with considerable force given three layers of clothing were cut through. 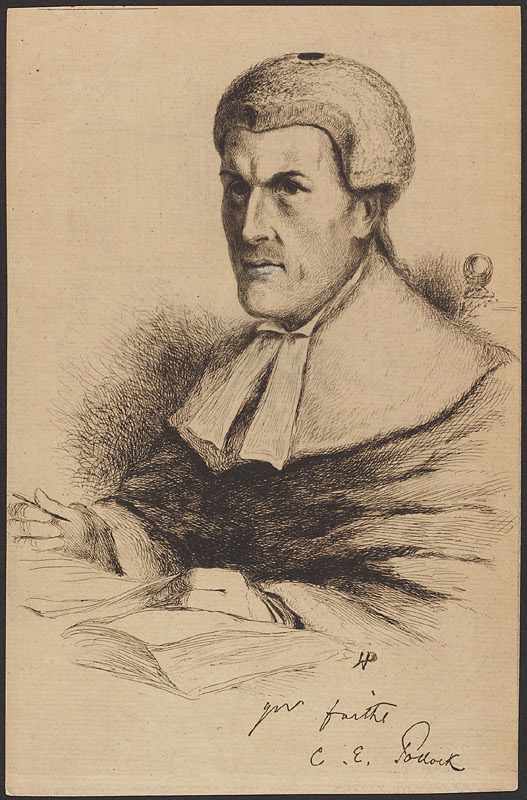 Thomas was committed to the assizes for trial and appeared before Baron Pollock on 24th January 1878. Catherine was in tears as she gave her evidence, saying that her son had worked since he was 10 years old and gave all his wages to her. She described how he rarely drank and had never struck his father before, despite his frequent knife throwing outbursts. Thomas's defence counsel put forward a sound defence, saying there was no malice pretence and also that nobody could be sure who had plunged the knife, as this act had not been witnessed. They even suggested that Catherine could have done it, or Hugh could have accidentally stabbed himself as family members struggled to get the knife from him.


In summing up Baron Pollock said that it seemed all three family members were drunk at the time but that was no excuse for murder. He left it to the jury to decide whether there was sufficient provocation to reduce the charge to manslaughter. After 25 minutes deliberation they returned a manslaughter verdict and also recommended leniency on account of Thomas's youth and provocation. The judge though told Thomas that he could not ignore the 'violent terrible character' of the crime and despite his age and provocation sentenced him to 15 years penal servitude. As he was removed from the dock his mother cried out 'Tommy Tommy' and had to be taken out of the court by police.

After serving his time, Thomas married but didn't seem to lose his violent temper, being convicted in 1897 of manslaughter after his wife died following a row in which he threw a teacup at her.