Killed by a Clock Weight

In 1870 a man who was involved in the killing of another who was struck with a clock weight was convicted of manslaughter. It was a case in which the trial judge also made some sweeping generalisations about the behaviour of Irish migrants.

John McDonough and Joseph McGrath were both labourers who had got into a dispute with each other which culminated on Christmas Day 1869. McDonough went to McGrath's house in Grosvenor Street and challenged him to a fight but when this was refused he smashed some of the windows. 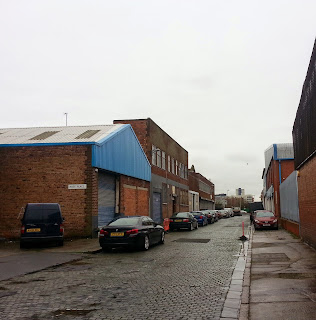 Later in the evening McGrath was in the Dive public house in Rose Place when McDonough and a woman called Mary McHale entered. The woman assaulted McGrath who this time fought back but the landlord quelled the disturbance and all parties left.

As McGrath was walking along Grosvenor Street he was attacked from behind and hit on the top of the head with a clock weight. It was presumed that McDonough had done this as McHale then delivered several blows with a poker, while McGrath's horrified wife looked on.


The police weren't told about the incident until 2nd January 1870 when doctors from the East Dispensary became concerned at McGrath's deteriorating condition. He became delirious and died at his Grosvenor Street home on 7th January from the effects of the four wounds on his head.


At the inquest McGrath's wife Mary told how a feud between the two men started after her husband accused McDonough of stealing some money. She stated that she had seen McDonough strike the blow with a clock weight and admitted that her husband was also drunk at the time. The coroner Clarke Aspinall expressed his dissatisfaction that the police did nothing to intervene on Christmas night and even after being told that McGrath's condition had got worse, made no further enquiries or attempt to find the weapons involved. A verdict of wilful murder against McHale and McDonough, who were at large, was returned and warrants were issued for their apprehension. 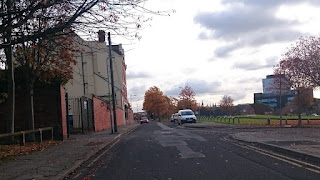 On 6th March Detective Cashen of the Liverpool police headed to Ditton after receiving information that McDonough was there and residing at a lodging house in Dog Lane. He was accompanied by McGrath's brother who identified him and McDonough   fiercely resisted as he was taken to Widnes police station. The following morning he was taken by train to Liverpool and appeared at the police court for committal to the assizes.

The charge was reduced to manslaughter and at the assizes on 25th March McGrath's wife identified a clock weight that had been recovered from McDonough's father's house as the one with which her husband had been struck. Witnesses on behalf  of the accused though managed to cast doubts as to whether he had struck any blows at all, and also deposed that it was McHale who was the more aggressive of the two.


After McDonough was found guilty of manslaughter Justice Willes was scathing about Irish migrants who 'by reason of their folly and tendency to drink break out into proceedings more suited to wild Indians than to civilised people.' Describing him and McHale as 'like a pair of hounds hunting down McGrath for the purpose of fighting and beating him', Willes sentenced McDonough to twelve months imprisonment with hard labour.