A woman whose husband died when she tied a handkerchief around his neck avoided being found guilty of murder when a doctor couldn't be certain that her actions directly caused the death.

In 1896 Sarah and James Brady lived in Thurlow Street, which was situated off Richmond Row. The couple were in their forties and although not particularly happily married, had not been known to have any drunken or violent rows. 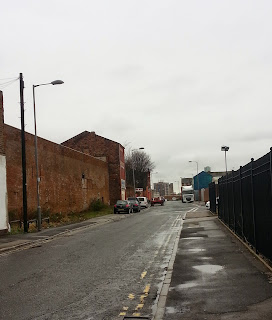 That changed on the morning of 17th June that year when Sarah was heard to be shouting violent threats to her husband, then in the evening she called out to  a neighbour Ellen Duffy for help. When Duffy went to the Brady's house, she saw James lying on his back. He had a handkerchief around his neck which Sarah's hand was stuck in and she asked for help in getting it out.

The handkerchief was so twisted that Duffy couldn't release Sarah's hand and after her husband couldn't either it had to be cut. When this was done James was found to be dead, leading to her arrest and committal to the next assizes for trial.


On 5th August Sarah appeared before Mr Justice Cave. Mr and Mrs Duffy told how the handkerchief was so tight that James's flesh was hanging over it. Another neighbour said she had heard Sarah say she would hang for her husband earlier in the day, and the police officers who attended described the scene of smashed glasses and pans lying on the floor.


Dr Leech who had got there half an hour after the discovery and carried out the post mortem then gave his evidence. He said that James had passed out as a result of having the handkerchief tied around his neck and had blue marks where that had happened. However in cross examination he admitted that there was a heart problem which may have exacerbated due to the tying of the handkerchief.


Justice Cave then asked him directly what caused death and he replied that it could have been the handkerchief. This led to an angry response from the judge who said 'I don't want "could" or "might", what was the cause of death?'  The doctor replied that although death occurred when the handkerchief was tied around he neck, he couldn't be certain that was the actual cause. With serious doubts now having been placed in the jury's minds about the tying of the handkerchief directly causing the death, a manslaughter verdict was returned. She was then sentenced to ten years penal servitude.