A Fatal Christmas Quarrel Over Beef

A row that broke out between family members over who should buy the beef for Christmas dinner led to a man killing his mother-in-law and being convicted of manslaughter.

On Christmas Eve 1886 Ellen Connell went from her Beaufort Street home to visit her grown up daughter, also Ellen, in Upper Frederick Street. Shortly after 8pm Ellen's son-in-law Edward McDonald, a 22 year old watchmaker, returned home along with his own mother. He was drunk and placed a bottle of whisky on the table but at first the four of them, as well as Ellen's other daughter Catherine Fitzpatrick, were all getting on well together. 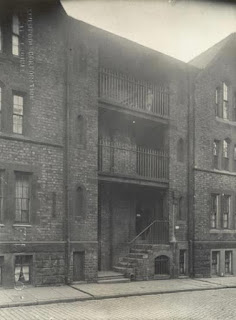 Things began to go wrong when Ellen McDonald  told her mother in law to go for some beef and she refused. Edward was enraged by this and told his wife 'Don't you command my mother'. Ellen senior then intervened which only made Edward more angry and he grabbed her by the shoulders, pushing her down the steps and knocking her unconscious. Family members carried her into the house as blood poured from the ears and mouth.


Dr Johnston from Great George Square was sent for and he expressed little hope of recovery. McDonald was arrested at 3am on Christmas morning and said to the officer 'I did push her down the steps'. After Ellen died on 27th December McDonald was charged with manslaughter but when he appeared at the magistrates court on 3rd January, he was granted bail set at £25. 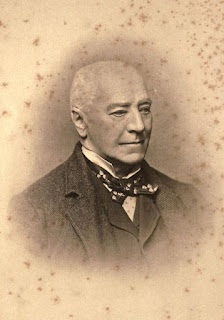 On 10th February McDonald surrendered himself at St George's Hall to appear before the assizes. He did not dispute pushing Ellen, but there was conflicting evidence from the different sides of the family, with McDonald's relatives saying he was sober and that the fall was an accident. Doctor Johnston, who had carried out the postmortem, told the court that the cause of death was a brain injury consistent with a fall.

McDonald was found guilty of manslaughter and prior to sentence, Justice Hawkins told him that his witnesses had given a garbled and untrue account. He said that it would have been better to have said he committed the offence in a moment of temper and regretted it, but despite these harsh words a sentence of just six months hard labour was imposed.
Posted by Steven Horton at 23:50